Tax expenditures—special tax credits, deductions, exclusions, exemptions, deferrals, and preferential tax rates—substantially reduce the revenue the government collects from federal income taxes but can help achieve national social and economic goals. However, it is not always easy to determine how successful tax expenditures are in achieving their intended policy goals.

The U.S. Department of the Treasury estimated that 168 tax expenditures cost the federal government approximately $1.47 trillion in tax revenue in fiscal year 2017. Many analysts consider tax expenditures to be federal spending channeled through the tax system—and the amount of this type of spending has been roughly approximate to federal discretionary spending levels in recent years. 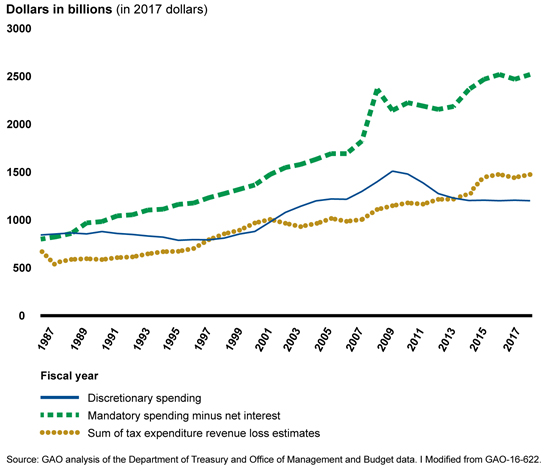 Note: Summing tax expenditure estimates provides a sense of size but does not take into account possible interactions among individual tax expenditures and within the tax code. Total change in tax revenues from repealing all tax expenditures could differ from the sum of the estimates. Estimates for fiscal year 2017 do not reflect changes in tax law enacted in December 2017.

To view the data behind this graphic, download it in TXT or PDF format. 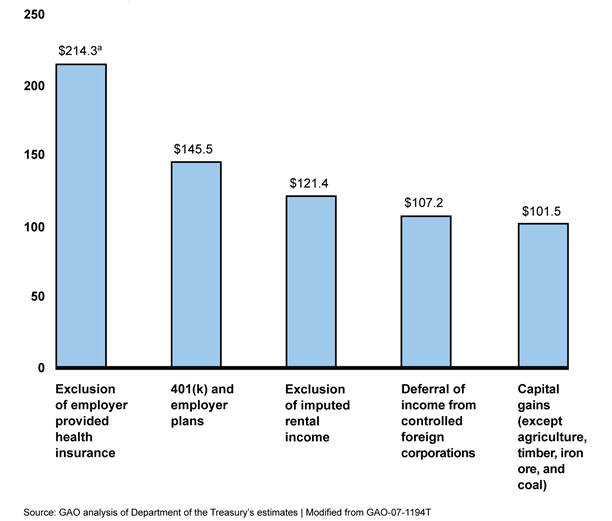 Notes:
Estimates for fiscal year 2017 do not reflect changes in tax law enacted in December 2017.
aThe value of employer-provided health insurance is excluded from Medicare and Social Security payroll taxes, and Treasury estimated that the payroll tax revenue losses were $127.1 billion in 2017. 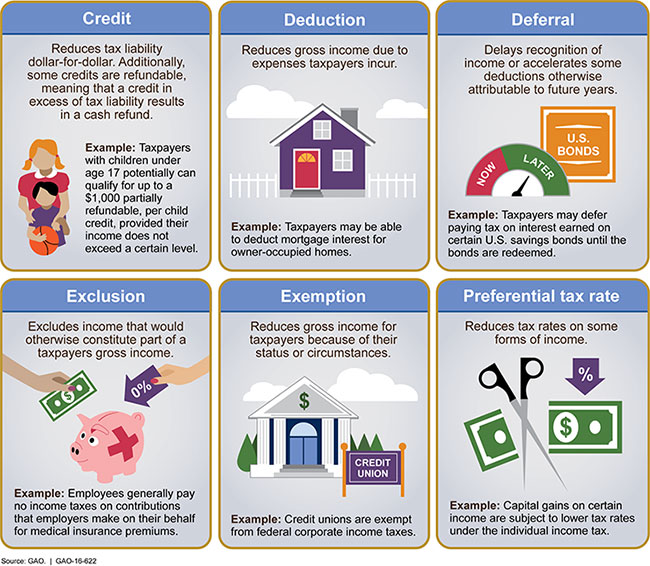 Greater scrutiny of tax expenditures, such as by periodic reviews could help determine how successful specific tax expenditures are at achieving their goals, and how their benefits and costs compare to other programs with similar goals. Tax expenditures may also be included as part of broader tax reform discussions.