Congress created Opportunity Zones to spur investment in distressed communities. About 10% of Americans live in the nearly 9,000 zones.

In these areas, certain business investments can bring significant tax benefits to the investor. Unlike other, similar tax incentives, there is no limit on the amounts investors can claim for tax breaks.

But how will opportunity zone investments actually affect these communities? Congress should consider having the Treasury Department collect whatever data is needed to find out. 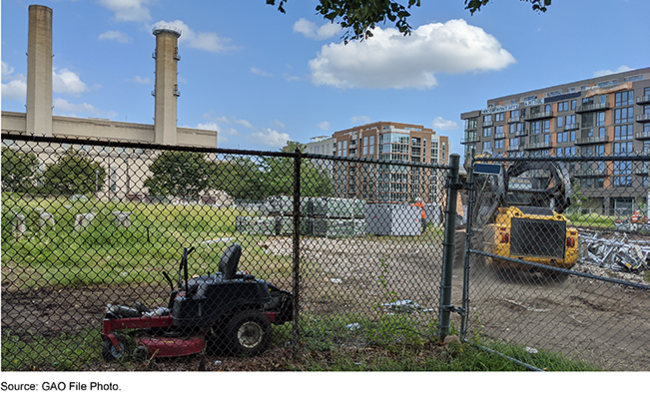 Basic Structure of and Tax Benefits from Investments in Opportunity Zones

Compared to some other community development tax expenditures, OZ generally has fewer limits on the project types that can be financed and fewer controls to limit potential revenue losses. While OZ can generally be used to support investment in any type of tangible asset class within a Zone, some other tax expenditures, such as the Low Income Housing Tax Credit, are targeted at specific project types. OZ is also not subject to limits on the aggregate dollar amount that can be claimed, unlike the New Markets Tax Credit.

Congress did not designate an agency with the responsibility and authority to collect data, evaluate, and report on OZ performance. GAO has previously reported that the Department of the Treasury (Treasury) could be the most appropriate agency to evaluate any tax expenditures that do not have logical connections to program agencies. GAO has also previously reported that achieving complex outcomes can benefit from collaboration among agencies. A member of an interagency council has issued a report estimating the effects of OZ, but the long-term future of this council, including any plans to continue evaluations over the duration of the tax expenditure, is uncertain.

As a result of unclear statutory authority, there are insufficient data available to evaluate OZ performance. The Internal Revenue Service (IRS) administers and collects data explicitly for tax compliance purposes. Some of these data, such as investment amounts, can be used to evaluate outcomes. Without additional data, however, only limited reporting on performance is possible. Additional data collection and reporting on OZ are necessary to evaluate outcomes. It would be beneficial for Congress to indicate what questions it would like such evaluations to address, such as what are OZ's effects on employment and housing in the Zones.

Congress created OZ to spur investments in distressed communities. According to Census Bureau data, about 10 percent of Americans live in the nearly 9,000 Zones. Taxpayers who invest in Qualified Opportunity Funds—that in turn invest in Zones—have the potential to receive significant tax-related benefits on their qualified investments. GAO was asked to review OZ implementation.

This report (1) describes key features of OZ and how it compares to other federal tax expenditures aimed at spurring investment in low-income and distressed areas, and (2) evaluates the executive branch's ability to effectively evaluate OZ's performance. GAO compared OZ's key features with those of three other community development tax expenditures, analyzed executive branch documentation, and interviewed agency officials about plans to collect data and report on performance.

GAO is identifying two matters for congressional consideration, including that Congress consider providing Treasury with authority and responsibility to collect data and report on OZ's performance, in collaboration with other agencies. As part of that deliberation, Congress should also consider identifying questions about OZ's effects that it wants Treasury to address in order to help guide data collection and reporting of performance, including outcomes.

In its comments, Treasury acknowledged the lack of clear guidance and authority to collect OZ data.