The pandemic significantly altered the government's office space needs and has it reconsidering the size and scale of its real property portfolio. The General Services Administration sees this as an opportunity to restructure that portfolio and is taking steps to make cost-effective decisions by collecting data on how often employees report to federal offices and what parts of the office they use.

GSA doesn't plan to broadly share this data, but we recommended doing so to help agencies plan future office space use. 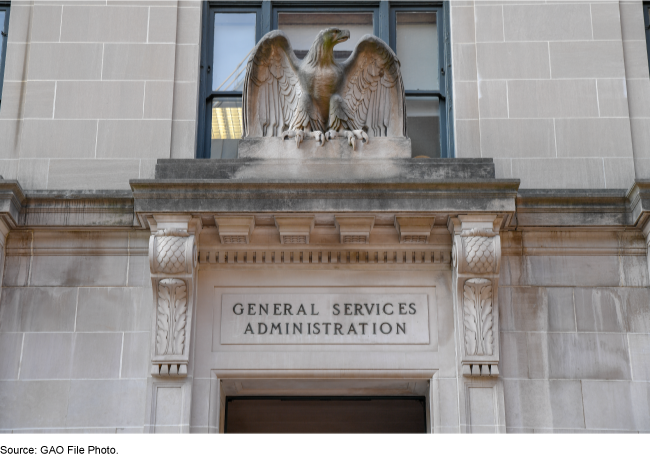 Federal agencies reported making limited initial changes to leased and owned office space due to the pandemic, but many reported plans to reduce space going forward. Specifically, from March 2020 to March 2022, 17 of 24 major federal agencies GAO surveyed reported the pandemic resulted in limited reductions to office space due, in part, to the uncertainty on how employees will work in the future. However, in the next 3 years, most agencies reported that they expect to reduce the number of leases or square footage in their real estate portfolio, primarily in response to increases in telework.

The General Services Administration (GSA) has taken some steps to support federal office space-planning in the post-pandemic environment. In response to the pandemic, the GSA has supported federal agencies by expanding ongoing office space-planning services and collecting new data. These data collection efforts include:

However, GSA has no plans to widely share information that it is gathering in pilot programs and data collection efforts, and that sharing could help agencies better understand their future space needs.

While many agencies—13 of the 24 GAO surveyed—agreed that such data could be helpful in their planning, all 24 agencies expressed concerns, including about the costs to collect data. Consequently, most of these agencies (20 of 24) reported collecting limited or no space utilization data. GSA officials stated they have no plans to distribute information on the costs and benefits of space utilization data learned from their efforts beyond agencies that use GSA space-planning services. By not planning to more broadly share this information, GSA is missing an opportunity to provide a clear understanding of how the potential costs of collecting such data could be outweighed by the long-term benefits, including potential cost savings from reductions in future annual rent, maintenance, and other operational costs.

Selected Types of Technologies That Can Provide Space Utilization Data

When the COVID-19 national emergency was announced in March 2020, federal agencies adopted a maximum telework posture, leaving many federal facilities (both leased and owned) underutilized. While future space needs are uncertain, many, including GSA, expect federal agencies will require less office space.

The CARES Act includes a provision for GAO to report on the federal response to the pandemic. GAO was also asked to report on federal agencies' real property plans during and after the COVID-19 pandemic. This report discusses changes agencies made to office space in response to the COVID-19 pandemic and anticipated changes to be made in the next 3 years, and assesses how GSA has supported post-pandemic federal office space-planning.