Nearly 7 million children between the ages of 3 and 21 received special education services during the 2015-16 school year under the Individuals with Disabilities Education Act. That's about 13% of the total number of students enrolled in public school. But the percent of the population served under the act varies across states. We found that differences in states' eligibility criteria may contribute to this variation.

Challenges with identifying and evaluating children can also affect enrollment rates—for example, when children don't speak English, school districts don't always have staff that can evaluate them in their first language. 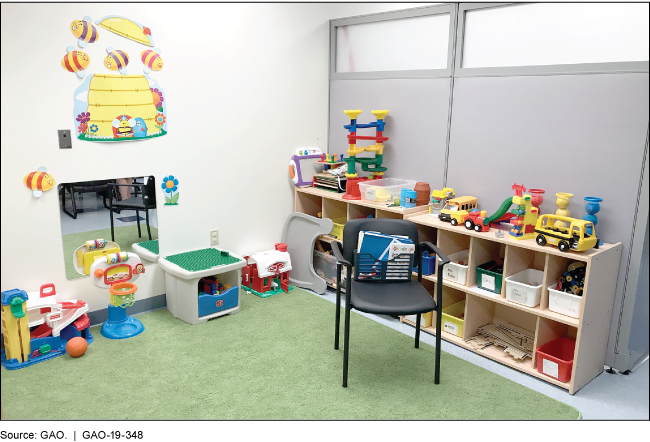 A room with children's toys stacked along the walls

Differences in states' eligibility criteria and the difficulty of identifying and evaluating some children suspected of having disabilities may contribute to differences in the percentages of children receiving special education services across states. The Individuals with Disabilities Education Act (IDEA), the primary federal special education law, requires states to have policies and procedures in place to ensure that all children with disabilities residing in the state who need special education services are identified, located, and evaluated. These policies and procedures—known as “Child Find”—are generally implemented by local school districts (see fig.). IDEA gives states some latitude in setting eligibility criteria and defining disability categories. In addition, states may determine their own processes for identifying and evaluating children. As a result, a child eligible for services in one state might be ineligible in another. According to advocates, special education subject matter specialists, and state and local officials GAO interviewed, a number of challenges related to correctly identifying and evaluating children suspected of having a disability can affect eligibility decisions. For example, school district officials in all four states GAO visited cited challenges in properly identifying and evaluating English Learner students, as districts do not always have staff who are conversant in a child's first language and skilled in distinguishing language proficiency from disabilities. 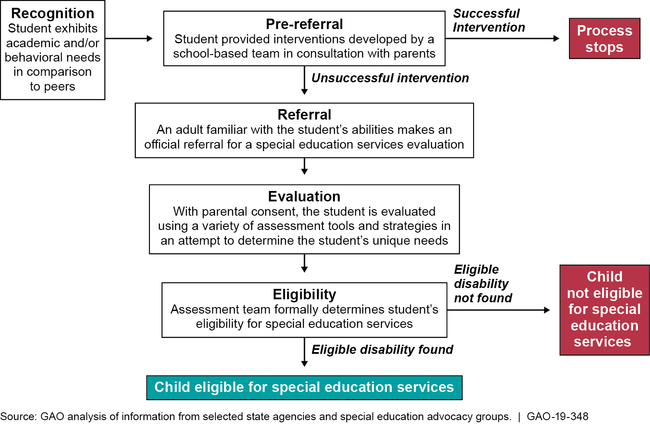 GAO was asked to examine how states implement Child Find and how Education monitors it. This report examines (1) factors that may account for differences in the percentage of children receiving special education services across states, and (2) how Education and selected states monitor and support Child Find efforts.

GAO reviewed federal special education data, agency documentation, federal laws and regulations, and selected state laws; and interviewed Education officials, officials from four state agencies and 15 school districts in those states (Colorado, Iowa, Massachusetts, and New York), and representatives of organizations that advocate for families of individuals with disabilities as well as special education subject matter specialists. GAO selected the four states based on a variety of factors, including the percentage of special education students.

Back to School with GAO

Across the nation, teachers are gearing up for the new school year, with tests at the ready to...
Blog Post

Education for Students with Disabilities