Americans spend a lot of time providing information to federal agencies, whether via tax forms or benefit applications. Overall, for example, based on government-wide estimates, the public spent 9.8 billion hours responding to federal information collections in fiscal year 2015.

Many of those hours have been spent on critically important matters such as providing information needed to protect the public, administering public benefit programs, and sending information to federal agencies so they can fulfill their missions.

Still, that’s a lot of time and resources. Can it be pruned down?

The Paperwork Reduction Act seeks to minimize the public’s administrative burden and maximize the benefit from collecting information, whether on paper or online. Today’s WatchBlog takes a look at our recent report on how agencies have responded to some of the requirements of the Act.

Estimating the Time and Cost of Collecting Information

How much is your time worth? Agencies try to calculate, in both time and dollars, how much of a burden information collection puts on the public, but sometimes their estimates have been way off the mark.

This formula is the basis for estimating the cost for all respondents over the course of a year. 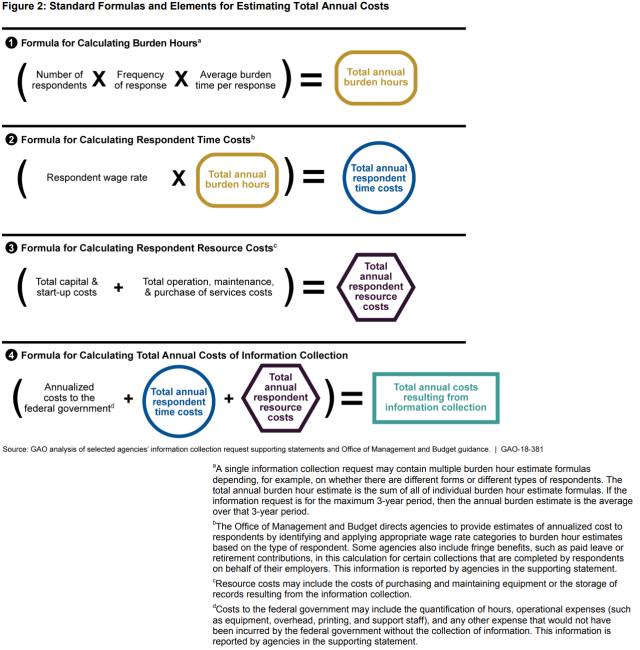 However, we found that agencies did not always accurately calculate their time and cost estimates, and their own review processes did not catch math errors and inconsistencies. We found cases where the burden was

We made recommendations to the Office of Management and Budget on how these estimates could be improved.

Finding Out What the Public Has to Say

We also took a look at how agencies find out what the public thinks about their efforts to reduce the administrative burden.

Who knows how long it takes to fill out a form better than the very people affected—individual taxpayers, small businesses, and Fortune 500 companies alike? The agencies we reviewed solicited public feedback on the burden hour estimates through notices in the Federal Register, as required by the Paperwork Reduction Act. 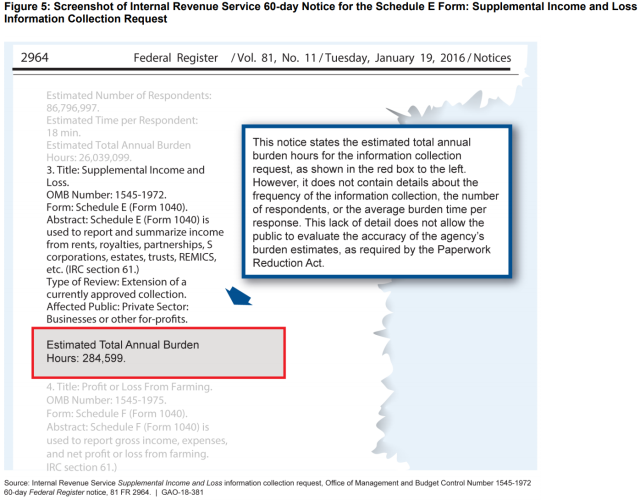 We found that agencies generally consulted with the public about information collection in a variety of ways, including through federal advisory committee meetings, stakeholder meetings, and webinars.

To learn more about how agencies create time and cost estimates for collecting information, and our recommendations for improving these processes, check out our full report.