Is it any surprise that GAO auditors know some things about Comic-Con? (It shouldn’t be.) To mark the start of this annual convention, here’s a look at some of our work through the lens of superheroes, adventurers, and other Comic-Con favorites.

We spend a lot of our time auditing the Department of Defense to ensure that the nation’s armed forces are getting everything they need to be at their best. After all, these men and women are called upon to use almost superhuman strength in the nation’s service.

Super clothing for Soldiers and Marines

Spiderman’s spandex and Batman’s mask are great examples of the way that superheroes’ clothing accentuates or enables their super powers. Military uniforms and gear are also critical to the servicemembers who wear them, just like the superheroes.

In a recent report we found that Soldiers and Marines are carrying an average load of 120 pounds in the field. Cosplaying that at Comic-Con would take some dedication—and serious muscles. In an effort to maintain mobility with the right equipment, the Army and Marine Corps have pursued weight reduction initiatives and load transferring systems to help lift the burden.

Like the caped crusader, the superheroes in the Marine Corps need armored vehicles to protect Americans and allies. The Amphibious Combat Vehicle is intended to replace the Assault Amphibious Vehicle fleet—which transports Marines from ship to shore under hostile and hazardous conditions. The new fleet is intended to transport Marines well beyond Gotham City limits with fewer limitations on water and land. Like a Batmobile 2.0, but with fins!

In our 2017 report, we found that the Marine Corps has set an aggressive schedule to get the fleet fully operational by 2022, even though testing and prototype production started several months late. Because of these delays, Congress would have to decide whether to fund the start of production just as developmental testing begins.

Bruce Wayne can spend his billions however he pleases, but the federal government should understand the test results before it commits to buying a fleet of vehicles. We recommended that the Navy delay its decision on production until 2019, after developmental testing is complete.

Caring for our Wonder Women

Wonder Woman is fierce, skillful, athletic, intelligent, and strong. Coincidentally, this is exactly how one might describe the growing population of women veterans.

The Department of Veterans Affairs has set health care standards for its hospitals and clinics to ensure that our Wonder Women get the care they might need. But, as before, we found that VA medical facilities don’t always meet those standards. For example, back in 2016, we found that some facilities do not have appropriate environments to maintain privacy and dignity for women veterans, such as the position of the exam tables in relation to the doorway (see example below). 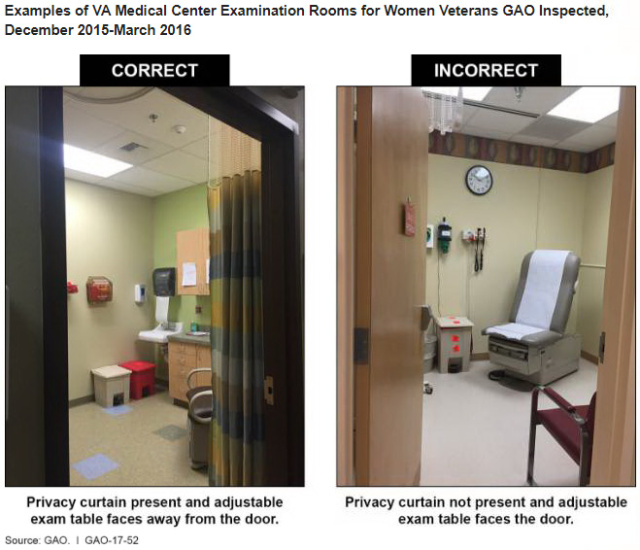 We made recommendations to the VA on how to improve care for our Wonder Women. Check out our podcast:

Speaking of Wonder Woman, the Amazonian princess flies an invisible plane in the classic comic, if not the recent movie. However, it’s better for the rest of us mortals when air traffic controllers can actually see planes (or detect them with their instruments).

In situations without radar coverage, like trans-oceanic flights, flight crews must manually report the aircraft’s position at least every 80 minutes. However, disruptions to their communication channels (from weather or other conditions) can make it hard to determine a plane’s precise location.

Here’s our podcast on aircraft tracking and flight recovery data.

Dr. Manhattan would probably agree that protecting your nuclear materials from unauthorized use is a good thing. We reported that the Department of Energy and the National Nuclear Security Administration share significant challenges that could affect their ability to maintain adequate physical security at sites and certify that they’re secure.

Among other things, we recommended that DOE develop a plan—similar to NNSA’s—to address its physical security infrastructure needs. 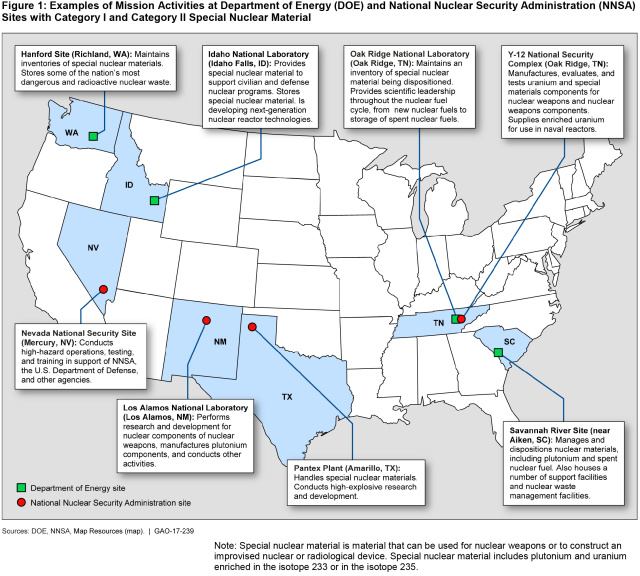 Indiana Jones and the Return of Antiquities

Iconic adventure hero Indiana Jones is also a fixture at Comic-Con. In 1984’s Indiana Jones and the Temple of Doom, he navigated an underworld of child slavery and ritual human sacrifice to recover and return a sacred stone stolen from a shrine in India.

We’ve looked at present-day destruction, looting, and trafficking of antiquities from Syria and Iraq and U.S. efforts to protect these countries’ cultural property. Agencies and the Smithsonian Institution have undertaken 5 types of activities to protect cultural property: 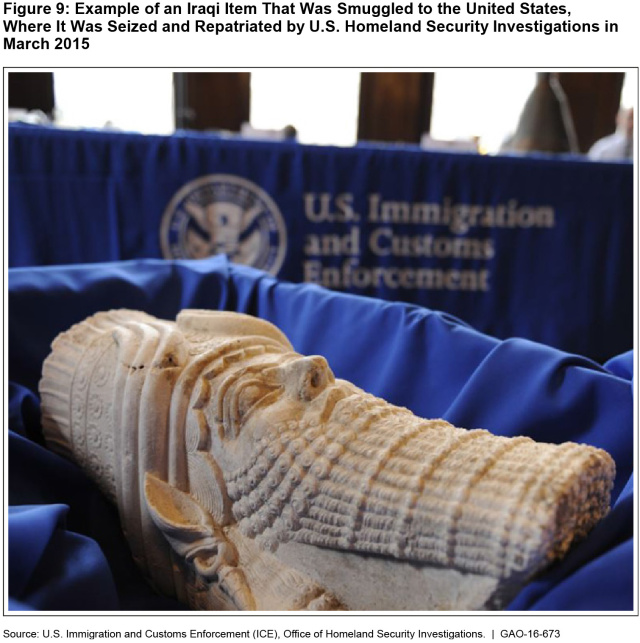 To learn more about these reports, as well as all of our work related to truth, justice and the American way, check out GAO.gov.