The Army—the oldest and largest of the U.S. military services—has a plan to reduce its size but still be able to meet threats against the nation. Balancing these national defense concerns, such as terrorism and other threats, with how much they will cost, has led the army to draft a plan to reduce the size of their forces but maintain an effective defense.

So, how large a force does the nation need to counter security threats? Today’s WatchBlog examines Army force planning and risk assessment.

In 2011, the Army had over 1.1 million active and reserve soldiers. The service plans to cut this number by more than 130,000 to get it down to 980,000 soldiers by fiscal year 2018. According to the Army, this will require shrinking both combat and supporting units. 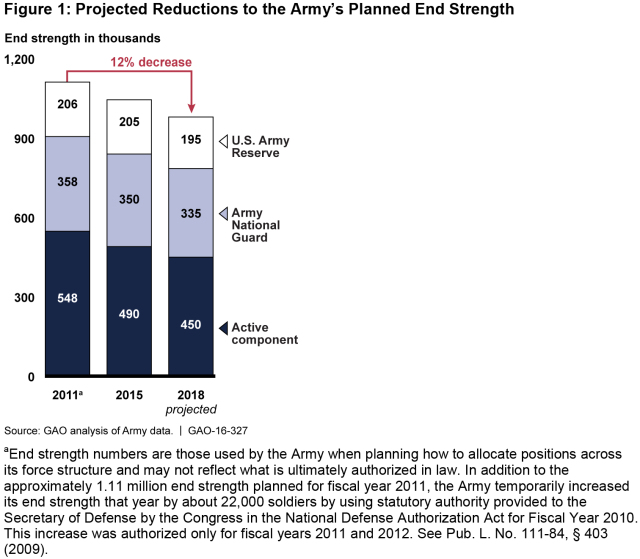 Difficult choices between combat and support

Army leaders believe a smaller force creates significant but manageable risk. However, they say that reductions beyond those currently planned would result in unacceptable risk. Part of their risk calculation is not only the overall size of the Army, but also its balance of combat and support units.

Combat units are those that directly fight enemy forces, while support units provide critical support and protection to soldiers deployed into combat. Support units include those for transportation, and explosive ordinance disposal. 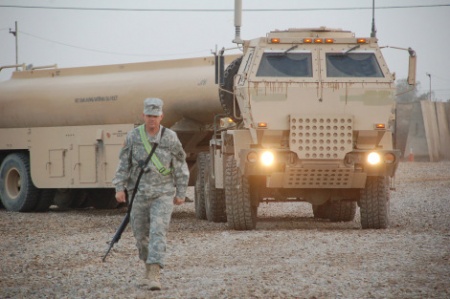 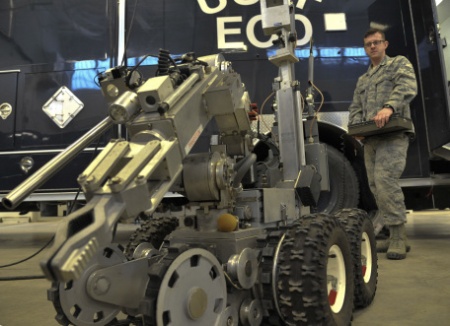 Army senior leaders have said that shortfalls in combat units are more challenging to resolve than shortfalls in support units, and they plan to keep as many combat units as possible. As a result, support units will bear proportionally more of the cuts, accounting for more than 44% of total reductions even though they make up 42% of the Army’s force.

While the Army’s analysis found that its smaller force will have enough combat units to still be effective, that analysis was based on a limited risk assessment for support units. Specifically, the Army’s analysis assumed deploying support units more frequently and for longer periods of time than Department of Defense policy allows. Additionally, the Army didn’t identify support unit shortfalls, or the risk those shortfalls might pose to mission requirements.

We recommended that the Army reassess its planned force structure and change its processes to more comprehensively assess these types of risks, and the Army agreed. To learn more, including the Army’s responses to our recommendations, check out our full report.