The COVID-19 pandemic took a toll on the U.S. economy, as well as the economies of state and local governments. Tax revenues in the 2nd quarter of 2020 dropped by $61 billion compared to the same period in 2019. Revenues rebounded in the 3rd and 4th quarters.

Looking at 8 states (representing about 20% of the U.S. population), we found that most increased public health and safety spending. Also, 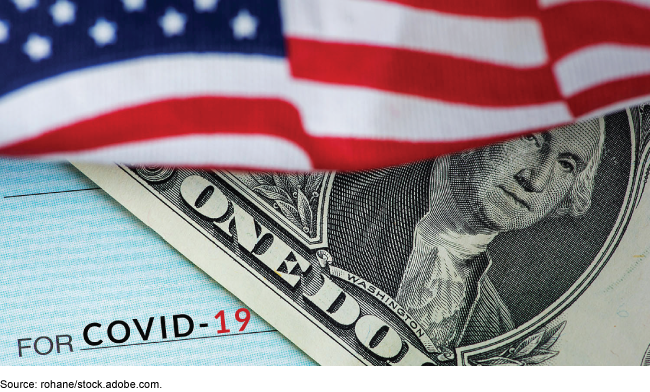 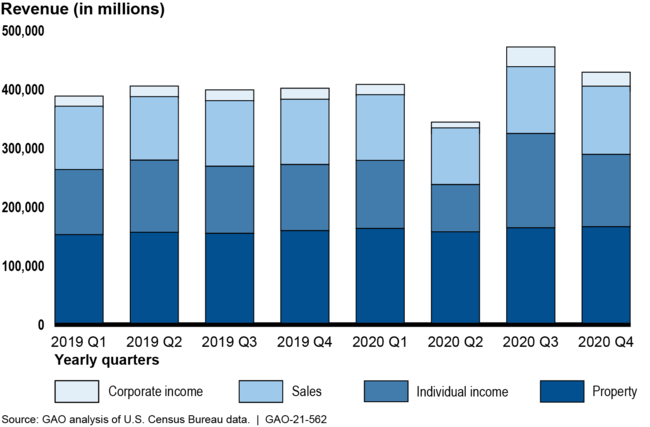 Among the eight states GAO selected, those highly reliant on tax revenues from the energy and tourism and leisure sectors were particularly vulnerable to the economic effects of the pandemic. Other states saw varying levels of revenue declines based on factors such as the duration of business shutdowns. Some selected states revised their revenue forecasts downward as the pandemic progressed and some states' revenue declines were not as severe as initially projected by the revised revenue forecasts.

Most selected states increased public health and safety expenditures and cut spending in other areas. Six states took actions aimed at reducing spending, including hiring freezes or furloughs. Half of the selected states used reserve funds to help balance their budgets. Officials from most states reported that their proposed budgets did not include tax or fee increases.

Five of the eight selected states used the federal assistance they received, including Coronavirus Relief Funds (CRF), to help bolster their states' capacity to implement federal programs. In particular, states used CRF to help manage the increased demand for services due to COVID-19, such as administering unemployment insurance benefits.

The COVID-19 pandemic and related policies had a rapid and severe effect on the U.S. economy, including state and local governments. To limit social contact and slow the spread of the pandemic, nearly all states implemented policies that limited certain economic activities. Relief laws, including the CARES Act, provided appropriations to state and local governments to address the public health and economic threats posed by the pandemic.

How Did State and Local Governments Fare During the Pandemic?