The 2017 hurricanes—Harvey, Irma, and Maria—caused hundreds of millions of dollars in damages to public transit facilities in Texas, Florida, the U.S. Virgin Islands, and Puerto Rico. In response, the Federal Transit Administration said it would provide $233 million in relief to 52 local transit agencies.

Transit agencies can apply to FTA or the Federal Emergency Management Agency for funding after a disaster. These agencies coordinate their efforts but we found one case in which both agencies approved a small amount of funding for the same expenses.

We recommended ways both agencies can reduce the risk of duplicate funding. 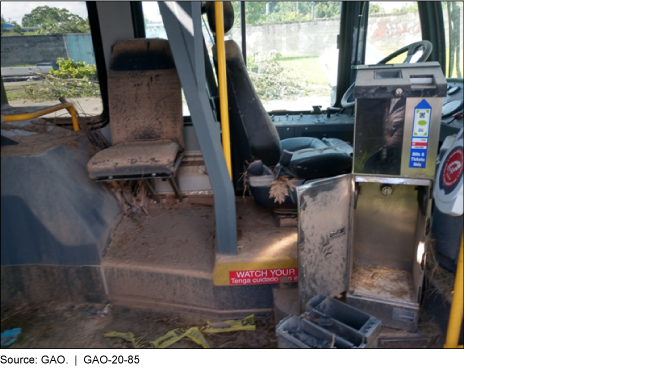 Interior of bus with storm damage

In response to hurricanes in 2017, the Federal Transit Administration (FTA) announced in May 2018 that it would allocate about $233 million of appropriated emergency relief funds to 52 transit agencies for response, recovery, and rebuilding projects, with most of that funding going to Puerto Rico ($198 million). Most of Puerto Rico's funds, and around half the funds FTA allocated ($116 million), will be distributed to one transit system—Tren Urbano—San Juan's rail-transit service provider (see figure below).

Distribution of Response, Recovery, and Rebuilding Funds for the FTA’s Emergency Relief Program, in Response to Hurricanes Harvey, Irma, and Maria 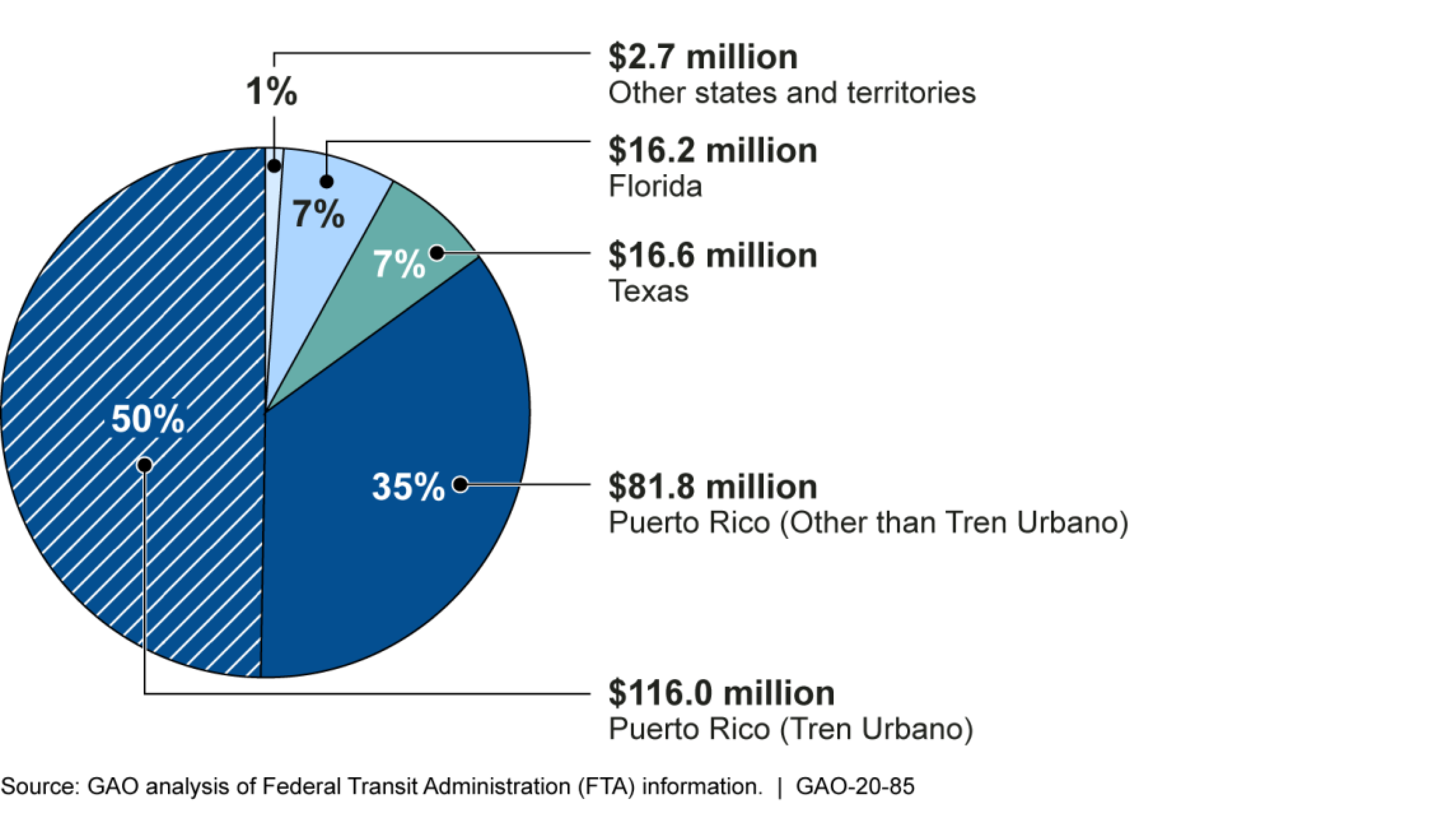 While FTA and the Federal Emergency Management Agency (FEMA) shared information and coordinated efforts, both agencies still approved about $35,000 to one applicant for the same expenses. GAO found that FTA awarded a grant in April 2019 that included expenses for which FEMA had already obligated funds in January 2019. Although FTA contacted FEMA prior to the award to inquire whether the applicant had received FEMA funding, FEMA did not respond within 5 days, and per an agreement between FTA and FEMA, FTA processed the application. After GAO identified the duplicate funding, FTA and FEMA took steps to limit the potential for duplicate funding; FTA, for example, changed its policy of moving applications forward after 5 days if FEMA does not respond. FTA and FEMA officials noted challenges they face in identifying transit expenses in the applications they receive. For example, they may be unaware that a transit agency received FEMA funds if it received those funds through a larger entity such as a city, county, or state government. Although the amount of funding FEMA and FTA approved for the same expenses was relatively small, without addressing these challenges, FTA and FEMA will continue to face the risk that both agencies will approve funding for the same expense in the future.

In August and September 2017, Hurricanes Harvey, Irma, and Maria made landfall in Texas, Florida, the U.S. Virgin Islands, and Puerto Rico, causing hundreds of millions of dollars in damage to public transit facilities. Access to transit plays an important role in a community's post-disaster recovery. FTA has primary responsibility for providing disaster assistance funding to transit agencies if it receives an appropriation from Congress. If FTA does not receive an appropriation, transit agencies can apply to FEMA for funding.