Turnover in key occupations threatens VA’s ability to deliver on its mission. Specifically, about a third of VA’s workers in 2017—including many senior leaders—would be eligible to retire by 2022. Also, VA medical facilities had a vacancy rate of 11% last year, including 24,000 medical and dental jobs.

VA has worked to solve these problems, but additional efforts are needed. Our recommendations include better planning to develop the next generation of leaders and fill key positions.

VA’s management of care and disability benefits are topics on our High Risk List. 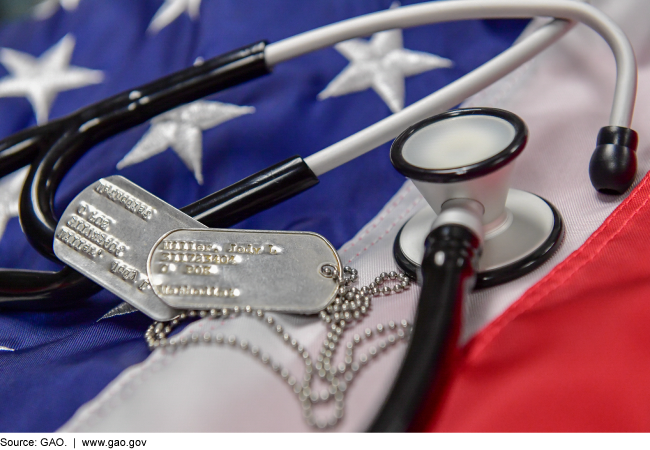 A stethoscope and dog tags on an American flag

VA operates one of the largest health care delivery systems in the nation and provides billions of dollars in benefits and services to veterans and their families. However, VA faces serious and long-standing problems with management challenges and veterans' access to care and disability benefits. For example, as of December 2018, VA reported an overall staff vacancy rate of 11 percent at VHA medical facilities, including vacancies of more than 24,000 medical and dental positions, and around 900 human resource positions. Ensuring VA, VHA, and VBA have a pipeline of talent to fill leadership positions and mission-critical occupations is key to addressing these challenges.