When the Department of Homeland Security was created in 2002, its leadership faced the daunting task of transforming 22 agencies—several with major management challenges—into one department.

Although DHS has remained on our High Risk List since 2003, the department has made considerable progress. This testimony discusses DHS’s progress and actions still needed to strengthen and integrate its management functions. Significant challenges remain regarding financial reporting and acquisition management. For example, in 2018, we found that many of the acquisition programs we assessed were expected to be late and exceed their budgets. 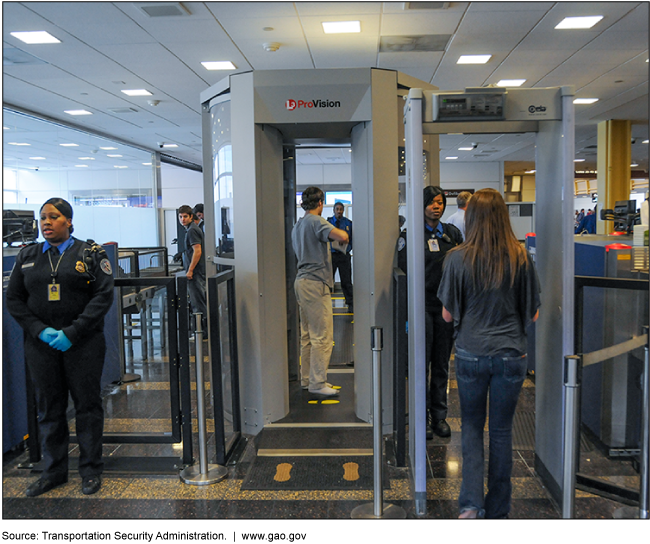 As GAO reported in its 2019 high-risk update, the Department of Homeland Security (DHS) has continued its efforts to strengthen and integrate its acquisition, information technology, financial, and human capital management functions. As a result, the department has continued to meet three out of five criteria for removal from GAO's High-Risk List (leadership commitment, action plan, and monitoring) and partially meet the remaining two criteria (capacity and demonstrated progress). With regard to leadership commitment, DHS's top leadership has continued to demonstrate support for addressing the department's management challenges through, for example, its Integrated Priorities initiative to strengthen the integration of DHS's business operations across the department. Additionally, DHS has established an action plan for addressing the high-risk area and has issued 14 updated versions since 2011.This action plan also demonstrates DHS's ongoing monitoring of these efforts as it describes DHS's progress to-date and planned corrective actions. 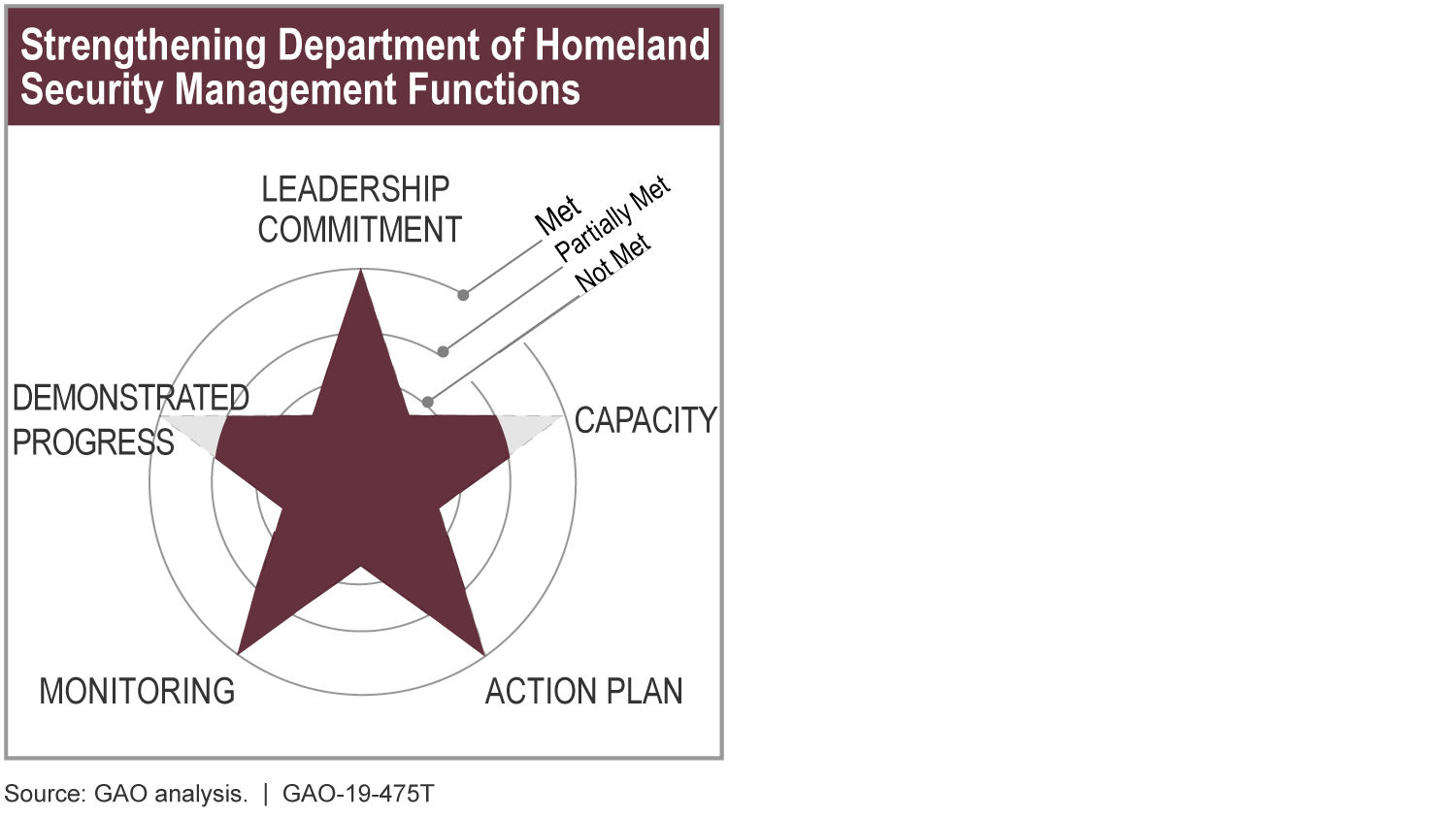 The two key areas where additional work is needed are DHS's capacity and demonstrated progress. With regard to capacity, DHS needs to make additional progress identifying and allocating resources in the areas of acquisition, information technology, and financial management. With regard to demonstrated progress, DHS should show the ability to achieve sustained improvement across 30 outcomes that GAO identified and DHS agreed were needed to address the high-risk area. GAO found in its 2019 high-risk update that DHS fully addressed 17 of these outcomes, while work remains to fully address the remaining 13. DHS has made some progress in recent years regarding human capital and information technology outcomes, but needs to continue implementing its action plan to show measurable, sustainable progress in achieving the 13 outcomes not yet fully addressed.

GAO has regularly reported on government operations identified as high-risk because of their increased vulnerability to fraud, waste, abuse, and mismanagement, or the need for transformation to address economic, efficiency, or effectiveness challenges. In 2003, shortly after the department was formed, we designated Implementing and Transforming DHS as a high risk area to the federal government because DHS had to transform 22 agencies into one department, and failure to address associated risks could have serious consequences for U.S. national security. In 2013, we reported that although challenges remained for DHS, the department had made considerable progress. As a result, we narrowed the scope of the high-risk area to focus on strengthening DHS management functions (human capital, acquisition, financial management, and information technology).  discusses DHS's progress and remaining actions needed to strengthen and integrate its management functions.

This statement discusses DHS’s progress and remaining actions needed to strengthen and integrate its management functions. This statement is based on our 2019 high-risk update and other reports issued from February 2017 through March 2019. Among other things, GAO analyzed DHS strategies and other documents related to the department's efforts to address its high-risk areas.