2) Dual-Use Technologies—e.g., self-driving cars might be developed for private use, but militaries can use them too.

This is an illustration of GAO's categories for long-range emerging threats identified by federal agencies.

The figure below contains examples of the 26 threats in 4 categories—as identified by DOD, State, DHS, and ODNI—in response to GAO’s questionnaire.

Emerging Threats As Identified by DOD, State, DHS, and ODNI 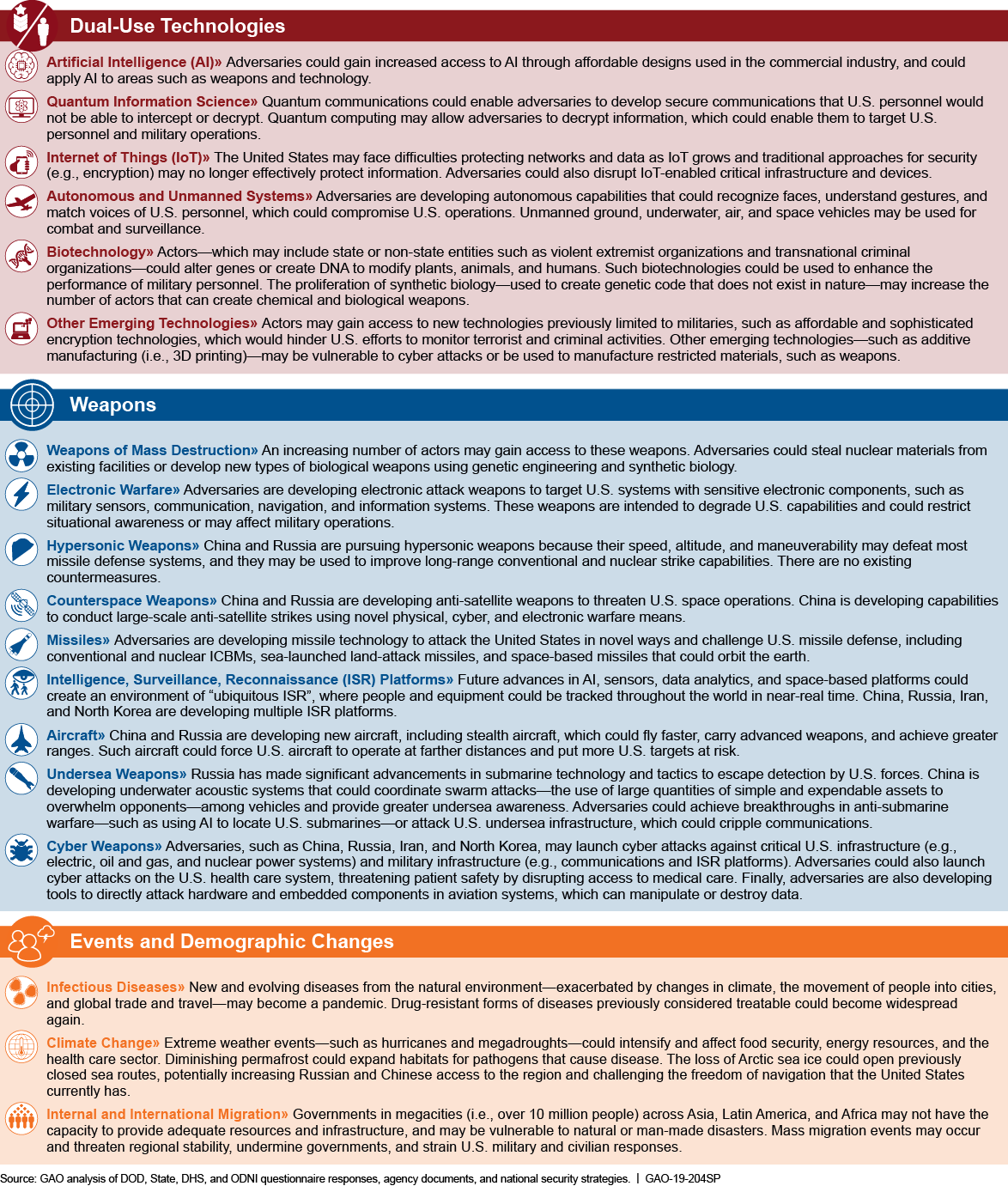 The United States faces a complex array of threats to our national security, including our political, economic, military, and social systems. These threats will continue to evolve as new and resurgent adversaries develop politically and militarily, as weapons and technology advance, and as environmental and demographic changes occur. A House committee report accompanying a bill for the National Defense Authorization Act for Fiscal Year 2018 included a provision for GAO to identify emerging threats of high national security consequence. This report focuses on long-range emerging threats--those that may occur in approximately 5 or more years, or those that may occur during an unknown timeframe--as identified by various respondents at the Department of Defense (DOD), Department of State (State), Department of Homeland Security (DHS), and the Office of the Director of National Intelligence (ODNI).

To identify long-range emerging threats, GAO administered a questionnaire to 45 government organizations that assess emerging threats across DOD, State, DHS, and ODNI, and had a 78-percent response rate. GAO conducted a content analysis of the responses to identify specific threats and develop broad threat categories. To supplement the data from the questionnaire, GAO reviewed national security strategies and agency documents provided by DOD, State, DHS, and ODNI, and interviewed key agency officials. This report is a public version of a classified report that GAO issued on September 28, 2018. Information that DOD deemed classified and sensitive has been omitted.

Emerging Threats to the United States

The United States faces many threats to our political, economic, military, and social systems that...
Blog Post

Emerging Threats to the United States