We reviewed 26 of DHS's major acquisition programs and found that, for the first time, they all had approved cost, schedule, and performance baselines to measure progress. DHS has taken steps to strengthen management of its major acquisitions, but some programs continued to fall short of their goals.

We made recommendations to help DHS further improve its acquisition management, including that the Department define technical requirements earlier in the acquisition process. 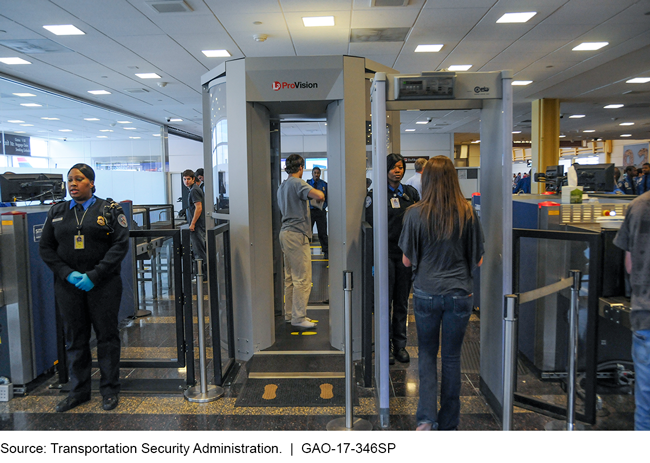 For the first time since GAO began its annual assessments of the Department of Homeland Security's (DHS) major acquisitions, all 26 programs that were reviewed had a department-approved baseline. During 2016, over half of the programs reviewed (17 of the 26) were on track to meet their initial or revised schedule and cost goals. However, 7 of these 17 programs only recently established baselines, 6 of which operated for several years and deployed capabilities without approved baselines. The remaining 9 programs experienced schedule slips, including 4 that also experienced cost growth. The table shows the schedule and cost changes across all 26 programs reviewed, much of which was driven by changes in a few programs.

As of January 2017, 14 of the 26 programs deployed capabilities before meeting all key performance parameters (KPP)—the most important requirements that a system must meet. As a result, DHS may be deploying much-needed capabilities—such as border surveillance equipment and Coast Guard cutters—that do not work as intended. Programs did not meet KPPs for a variety of reasons, such as KPPs were not yet ready to be tested, systems failed to meet KPPs during testing, or KPPs were poorly defined. Contrary to acquisition best practices, DHS policy requires programs to establish schedule, cost, and performance baselines prior to gaining full knowledge about the program's technical requirements. As a result, DHS programs do not match their needs with available resources before starting product development, which increases programs' risk for cost growth, schedule slips, and inconsistent performance.

In 2016, DHS strengthened implementation of its acquisition policy by, for example, focusing on program staffing needs, requiring programs to obtain department-approval for key acquisition documents, and revising the process for when programs breach their cost goals, schedules, or KPPs. However, DHS could better document leadership's acquisition decisions to improve insight into cases that diverge from policy. For example, DHS approved six programs to proceed through the acquisition life cycle even though required documentation was not comprehensive or had not been approved, as required by DHS's policy. Senior DHS officials told GAO these decisions were also based on discussions held at the programs' formal acquisition reviews, but these considerations were not documented. Federal internal control standards require clear documentation of significant events. DHS leadership's decisions may be reasonable, but unless these decisions are documented, insight for internal and external stakeholders is limited. Furthermore, no programs reported a performance breach, even though some programs had not met KPPs. DHS's policy is not clear on how to determine whether a performance breach has occurred. As a result, DHS lacks insight into potential causes of performance issues that may contribute to poor outcomes.

In fiscal year 2016, DHS planned to invest about $7 billion in major acquisitions. DHS's acquisition activities are on GAO's High Risk List, in part due to program management, requirements, and funding issues.

GAO assessed DHS's 15 largest acquisition programs that were in the process of obtaining new capabilities as of May 2016, and 11 additional programs that GAO or DHS identified were at risk of poor outcomes. For all 26 programs, GAO reviewed key documentation, assessed performance against baselines established since DHS's 2008 acquisition policy, and met with program officials. GAO also met with DHS acquisition officials and assessed DHS's policies and practices against GAO acquisition best practices and federal internal control standards.

A “Quick Look” at DOD, NASA, and DHS Acquisitions