GAO estimated that the major costs incurred by the Department of Defense (DOD) and the Department of Homeland Security (DHS) for the President's travel to Chicago, Illinois, and Palm Beach, Florida, from February 15, 2013, through February 18, 2013, were about $3.6 million, of which about $2.8 million in costs were incurred by DOD and $0.77 million by DHS (specifically, the U.S. Coast Guard and U.S. Secret Service). These costs consisted of the (1) operating expenses of the President's aircraft, supporting aircraft, and U.S. Coast Guard small boats; and (2) travel expenses, which include per diem (lodging and meals), commercial airfare, and rental cars for DOD and DHS personnel supporting the trip. They exclude certain classified DOD costs, and the salaries and benefits of U.S. government civilian and military personnel traveling with the President or involved with agency travel preparations since these personnel would have received their salaries and benefits for the conduct of their regular duties and responsibilities regardless of whether the President traveled. The table highlights the estimated major costs associated with the President's February 2013 trip.

Estimated Major Costs Associated with the President's February 15 – 18, 2013 Trip to Illinois and Florida (Dollars in thousands)

Note: Per diem includes lodging, meals, and incidental expenses. This table excludes classified costs, and the salaries and benefits of U.S. government personnel traveling with the President or involved with travel preparations. Costs are in 2013 dollars. Numbers may not sum to totals due to rounding. 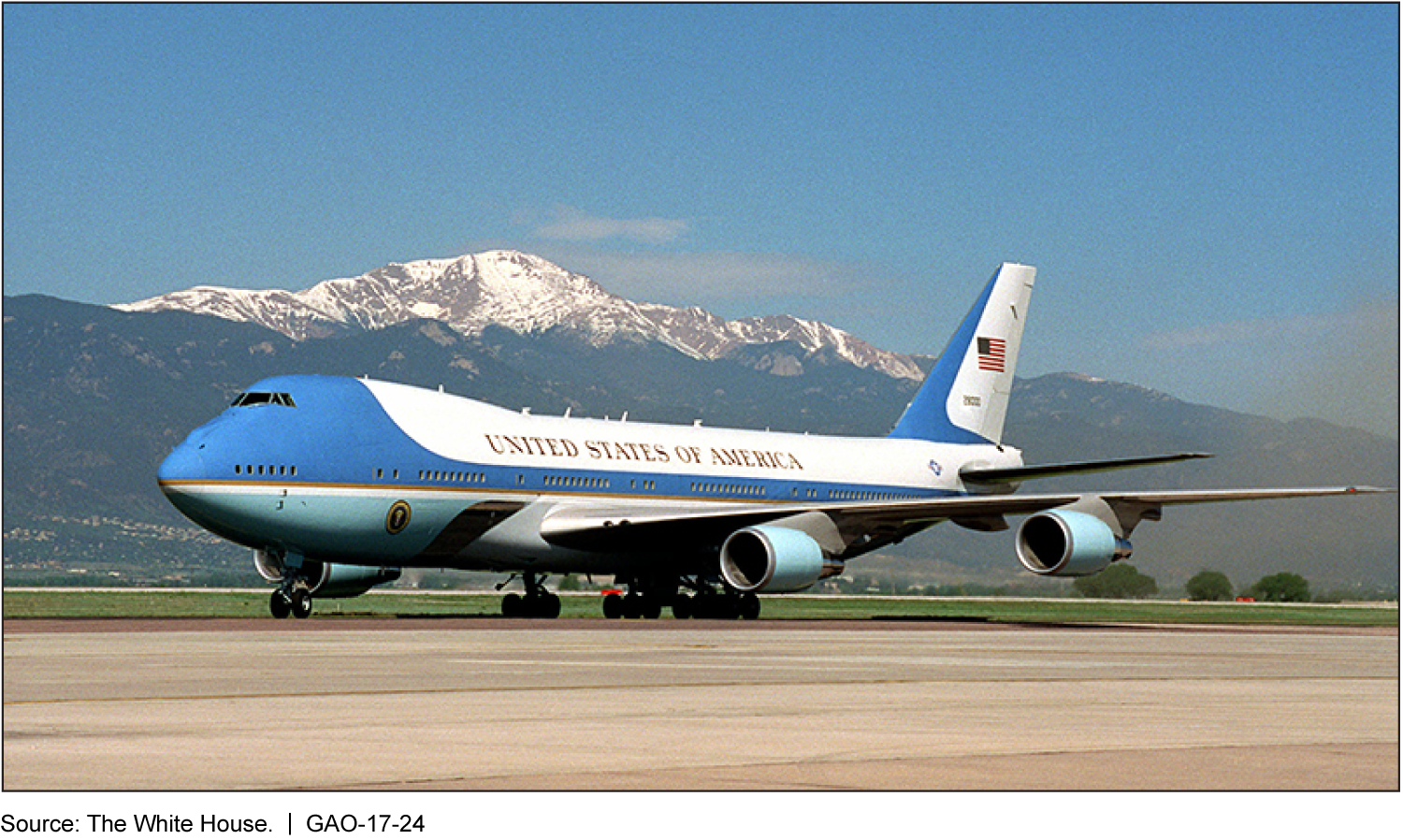 According to White House officials, to be able to communicate instantly with the U.S. military, the President flies on military aircraft whenever he travels—whether for official, political, or other non-official reasons. On February 15, 2013, the President flew from Joint Base Andrews in Maryland to Chicago, Illinois to deliver remarks on economic proposals that he introduced in his State of the Union address on February 12, 2013, later flew to Palm Beach, Florida for vacation, and then returned to Joint Base Andrews.

GAO was asked to identify the costs associated with the President's February 15, 2013 through February 18, 2013, travel to Illinois and Florida. This review was conducted in response to a request from Senator Barrasso, then Ranking Member, Subcommittee on Transportation and Infrastructure, Senate Committee on Environment and Public Works. This report provides information on the major costs incurred by DOD and DHS in supporting the President's February 2013 trip to Illinois and Florida.