In 2017, 3 hurricanes—Harvey, Irma, and Maria—and the California wildfires caused widespread damage and affected 15% of the nation’s population. Federal agencies often rely on contracts to provide necessary goods and services to survivors in the aftermath of such catastrophes.

In today’s WatchBlog, we explore how federal agencies use contracts when responding to natural disasters, key challenges the agencies have faced, and how they can improve for future disasters.

Role of contracts in disasters

The Federal Emergency Management Agency and U.S. Army Corps of Engineers use a number of advance contracts—established before disasters occur—to quickly respond after a disaster with critical goods and services, such as meals, roofing materials, and debris removal. 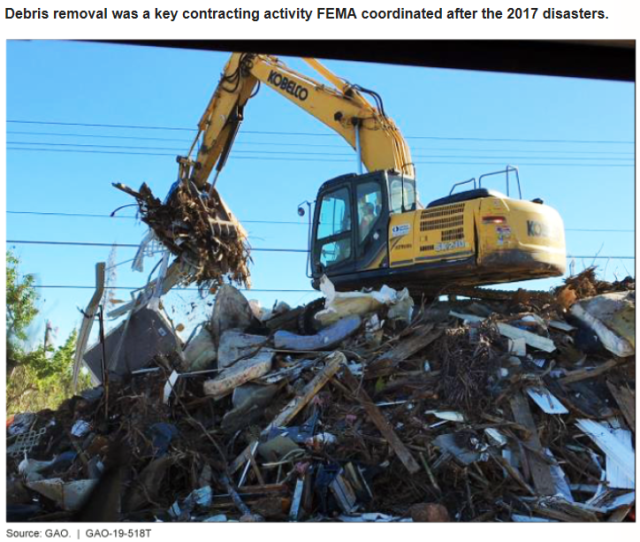 FEMA, the Army Corps, and other agencies also award certain contracts after disasters occur. For example, the U.S. Coast Guard awards contracts to remove boats or ships damaged by storms.

Federal agencies obligated at least $9.5 billion on contracts in response to the 2017 hurricanes and wildfires. 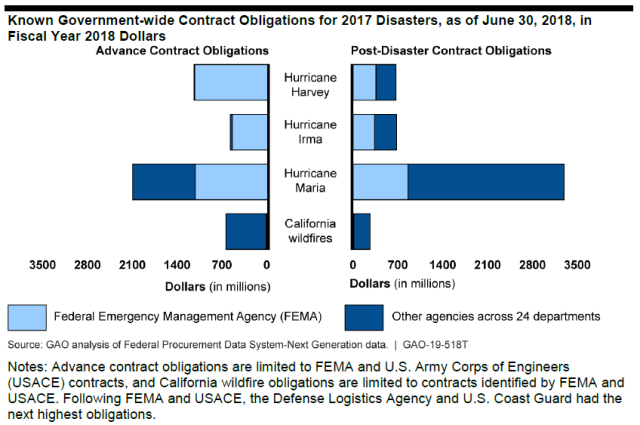 When disasters strike, state and local governments are generally the first responders. When needs exceed their resources, they notify FEMA—the lead agency for coordinating federal disaster response. FEMA can address the needs directly or use mission assignments, which are work orders issued to other federal agencies allowing them to perform certain disaster response activities. 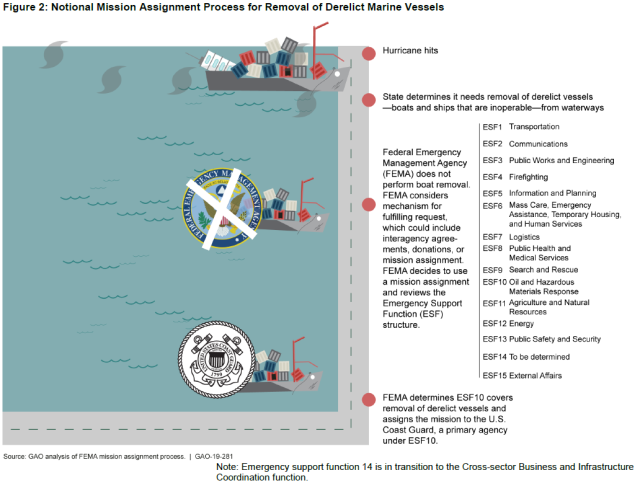 In addition to the coordination shortcomings we found in FEMA’s use of contracts, we found problems with the agency’s assessments of its contracting workforce.

FEMA has identified contracting workforce shortages as a continuing challenge to its disaster response and recovery efforts. However, we found that 8 of FEMA’s 10 regional offices have only 1 permanent full-time contracting official, and that the agency hasn’t fully assessed its contracting since at least 2014.

At the onset of the pandemic, IRS had to temporarily shut down its onsite operations, including its...
Read the post

Deep into the second year of the COVID-19 pandemic, from health care to the economy, challenges...
Read the post

Addressing Food Insecurity in America, Before and During the Pandemic