Fifty years ago this Saturday, humankind took a giant leap as NASA astronauts took their first small steps on the Moon. In today’s WatchBlog, we discuss some of NASA’s recent advancements since that giant leap, as well as findings from our most recent reviews of the agency’s major projects.

Our annual “Quick Look” at NASA’s major acquisitions highlights some of the agency’s more recent advancements. For example, NASA recently:

In addition, as part of NASA’s Commercial Crew Program, SpaceX and Boeing are each developing vehicles that will eventually transport astronauts to the International Space Station. SpaceX successfully held the first test flight of its Crew Dragon spacecraft last March. This flight demonstrated that the Crew Dragon could dock with the ISS and safely return to Earth.

As NASA continues to push the boundaries of scientific achievements, staying focused on acquisition management can help it achieve even greater returns on its forays into human spaceflight.

NASA’s acquisition management has been on our High Risk List since 1990, and some of our recently issued work demonstrated that NASA needs to devote more attention to this area. For example:

Transparency in major project costs—In June 2019, we looked at the human spaceflight programs, which include 2 of NASA’s largest projects, the Space Launch System and Orion crew vehicle. NASA and Congress originally agreed to launch a test flight in November 2018—an uncrewed mission as a first step in planning to transport astronauts beyond low-Earth orbit, to the Moon, and eventually, Mars.

But we found that, after a series of delays, the test mission could happen as late as June 2021: 31 months beyond the original date. Meanwhile, NASA’s approach to estimating cost growth for SLS and Orion is misleading—leaving Congress and the public to accept further delays without a clear understanding of how much they cost. 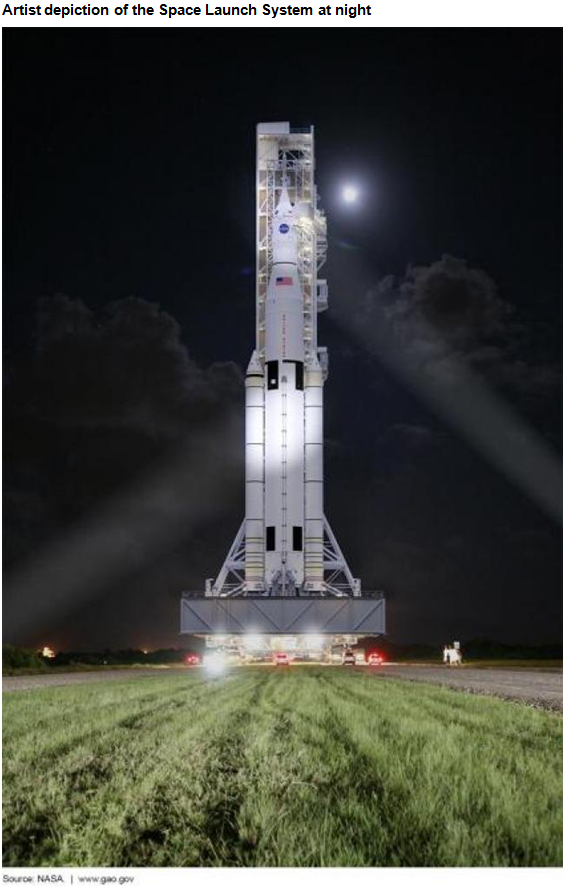 Long-term planning for human spaceflight—The human spaceflight programs plan to take astronauts further into space in future missions. However, NASA has not taken action to develop long-term cost estimates for Space Launch System, Orion, and the ground systems that would help determine the affordability of future plans. Further, the Commercial Crew Program has incrementally delayed its first planned mission by more than 2 years. If it isn’t ready by September 2020, NASA doesn’t have a comprehensive backup plan for transporting U.S. astronauts to the International Space Station. 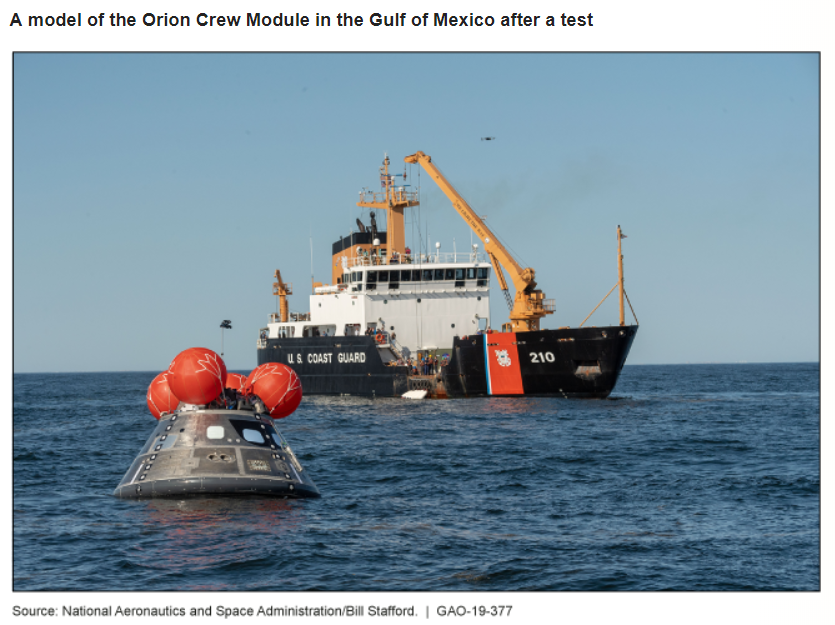 Contractor management: In June 2019, we found that the human spaceflight programs have awarded contractors hundreds of millions of dollars in incentives for good performance, despite these programs being years behind schedule and millions over cost. Additionally, Commercial Crew program officials told us they have struggled to establish schedules with Boeing and Space X due to constantly fluctuating dates.

Taking actions in these areas for improvement will help NASA achieve its recently announced goal: returning to the Moon in 2024.

For more, check out our High Risk List page on NASA acquisition management.

States and local governments are grappling with how to bring K-12 students back to school safely...
Read the post

Over the past several years, GAO has been asked to examine various racial inequalities in economic...
Read the post

Over the past several years, GAO has been asked to examine various racial inequalities in public...