Despite what old movies may have led you to believe, eccentric aunts don’t usually slip arsenic into your elderberry wine. But high levels of arsenic are dangerous—just like in the movies.

Did you know that there might be arsenic in your rice? Today’s WatchBlog explores our report on what the federal government is doing to manage the health risks of arsenic in rice.

How did it get there?

Arsenic is a naturally-occurring element found in water, air, and soil. Compared to other plants, rice contains higher levels of inorganic arsenic—thought to be the more toxic form—due to the physiology of rice and the conditions under which it is grown. For example, rice may easily absorb certain arsenic compounds because arsenic is similar in size to compounds containing silicon (an essential nutrient for rice). Rice is also typically grown in flooded fields, which promote the formation of arsenic compounds that may be easily absorbed by the rice plant.

Additionally, brown rice has been touted for its health benefits thanks to its nutrient-rich bran and germ. However, levels of inorganic arsenic may be higher in brown rice than in white rice because removing the nutritious bran layer may also remove much of the inorganic arsenic. 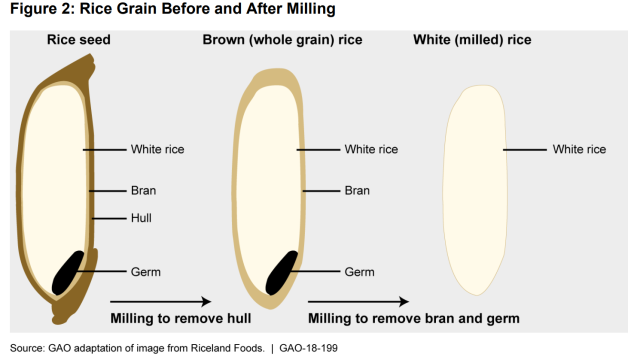 What are the health risks?

The health effects of lower levels of arsenic, however, are uncertain. Compared to adults, who tend to have a more varied diet, infants and children may be more at risk because rice is often used in food for infants and young children. It is also easier for smaller people to consume more arsenic relative to their body weight.

The Food and Drug Administration (FDA) and the U.S. Department of Agriculture (USDA) have taken various actions to reduce the health risks of arsenic in rice. For example: 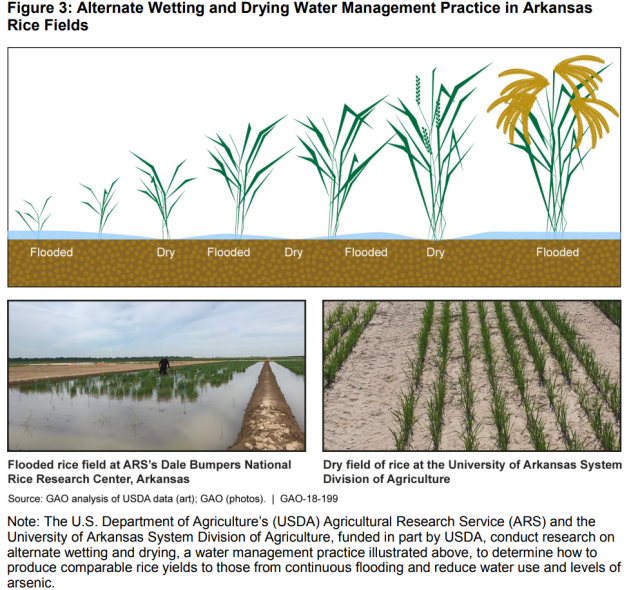 But we found that FDA and USDA could improve how they manage the health risks of arsenic in rice. For example, FDA and USDA should coordinate on developing methods to detect contaminants like arsenic in food. Was the Department of Homeland Security adequately prepared for the January 6 attack on the U.S...
Read the post

With the number of new COVID-19 infections falling and some countries lifting COVID-19 travel...
Read the post