Rooftop solar panels, smart thermostats, residential batteries, and other tech may help you manage your energy use, generate electricity, and lower your utility bills. For example, homeowners can use solar systems to generate clean electricity to power their home and electric car.

But too much customer-generated electricity could strain the local electrical grid and lead to higher infrastructure costs if solar systems and other technologies are deployed without regard to grid conditions.

So, how does this all work? Today’s WatchBlog takes a look at these solar residential systems.

Let the sunshine in

Traditionally, Americans have had few incentives—or even the ability—to adjust how much electricity they use in response to the changing costs of producing electricity.

However, in recent years, new technologies have hit the market that are changing the relationship between producers and consumers of electricity. For example, consumers can install residential solar systems to generate their own electricity, and battery systems to store electricity for later use. 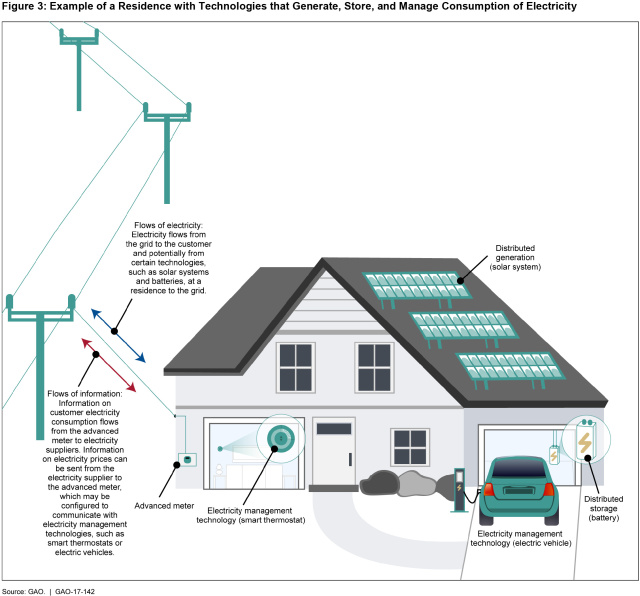 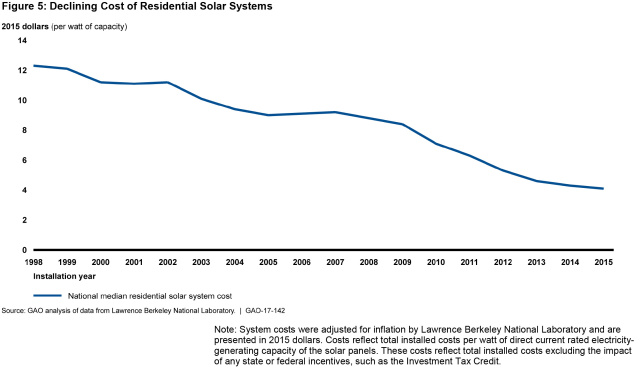 Federal and state policies are trying to encourage homeowners to invest in solar systems and other residential technologies. For example, the federal investment tax credit can reduce some of the up-front costs of installing solar systems, and customers in 14 states can receive additional tax credits. Moreover, 41 states require electricity suppliers to credit customers for the electricity they send to the electrical grid.

Keeping the lights on?

But the news isn’t all sunny. Grid operators told us that they are seeing some challenges from more homes using solar energy. In some areas of Hawaii, for example, solar systems have generated more electricity than their local area of the grid was built to handle—and the resulting infrastructure upgrades raised prices for customers. However, grid operators reported that these issues have been relatively minor given the overall low use of residential solar.

Still, some policymakers are trying to alleviate these solar growing pains. For example, state regulators in New York and California recently required electricity suppliers to identify areas where solar systems and other technologies could provide the greatest benefit, given local grid conditions. In the long term, New York regulators are considering how to modify electricity prices to encourage customers to install and use these technologies to benefit the grid as opposed to increasing the strain on the system.

To learn more about what residential solar may mean for you, read our full report and listen to Frank Rusco, a director in our Natural Resources and Environment team, discuss incentives to encourage these technologies, as well as their potential benefits and challenges.