Enrolling your child in a local soccer or other sports club is often a rite of passage, not to mention a great way for kids to meet friends and get some exercise. While many youth athletes have positive interactions with their coaches and staff, there have also been reports of sexual abuse, misconduct, and inappropriate relationships.

It’s National Sexual Assault Awareness and Prevention Month, so the WatchBlog is taking a look at how the federal government helps youth sports programs and clubs protect young athletes from sexual abuse and other things that shouldn’t happen—on or off the field.

There are federal resources—such as guidance and training—available to youth athletic groups to help them prevent, report, and respond to incidents of child sexual abuse. The Departments of Health & Human Services, Education, and Justice, all have roles in providing information and assistance to these groups, which can include university sports camps and private athletic clubs. 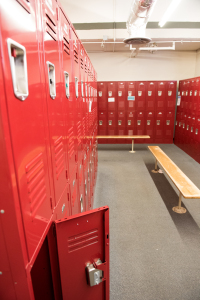 HHS has worked with National Center for Missing and Exploited Children, a nonprofit that receives DOJ funding, to publish suggested practices for preventing child sexual abuse in youth organizations. These practices include defining and prohibiting misconduct, using fingerprint-based criminal background checks and other tools to screen staff, and training staff on how to recognize, report, and respond to abuse.

Civil rights laws prohibiting sex discrimination include sexual abuse, and the Department of Education works with DOJ to ensure compliance with those laws at schools that receive federal funding. Education also monitors compliance with reporting laws for crimes committed on or near campus. Youth sports camps held on university campuses would be subject to these laws. Education also provides guidance and training to schools.

Also, DOJ may investigate allegations of abuse if it suspects that the incident constitutes a federal crime.

What’s happening on the field

To see if anyone was actually following the federal guidance, we checked in on 11 youth athletic programs in California, Florida, and Texas.

The programs all told us that they take some steps to prevent and respond to child sexual abuse. For example, they all had required training for staff that included child sexual abuse prevention. Many also provided lists of inappropriate actions between staff and youth, and one program prohibited coaches from communicating with athletes on personal social media pages.

Other actions varied by sport and circumstance. For example, an official at a local ice hockey club said they lock all locker room doors when the youth players are on the ice, because adult players sometimes use the same facilities. Sports programs involving overnight travel for competitions also had more rules and guidance for their staff.

We were particularly interested in what happens if someone sees or suspects sexual abuse. All the programs we examined had policies in place that directed staff to report the incident to law enforcement or child protective services. These policies also generally included removing the alleged perpetrator from the program, conducting an internal investigation, and imposing possible disciplinary action. However, these policies were untested because none of the programs were aware of any allegations of sexual abuse in their programs.

For more information on the role federal agencies play and steps youth athletic programs can take to prevent and respond to abuse, check out our full report.