The Department of Defense spends tens of billions of dollars annually to sustain its aircraft fleets. But how many of those aircraft are ready for takeoff and able to complete missions?

We looked at 49 types of military aircraft and found that only 4 types met their annual mission readiness goals from FY 2011 through FY 2021—an overall decline over time. Program officials gave us various reasons for these results, including aging aircraft, maintenance challenges, and issues with getting parts and supplies.

We also reviewed the costs of sustaining these aircraft—which varied by aircraft type and age, fleet size, and number of flying hours. 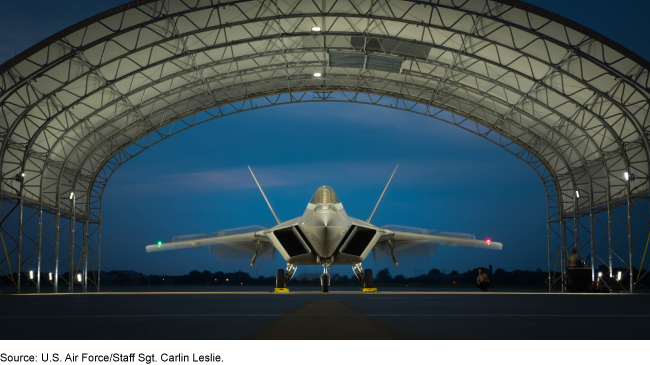 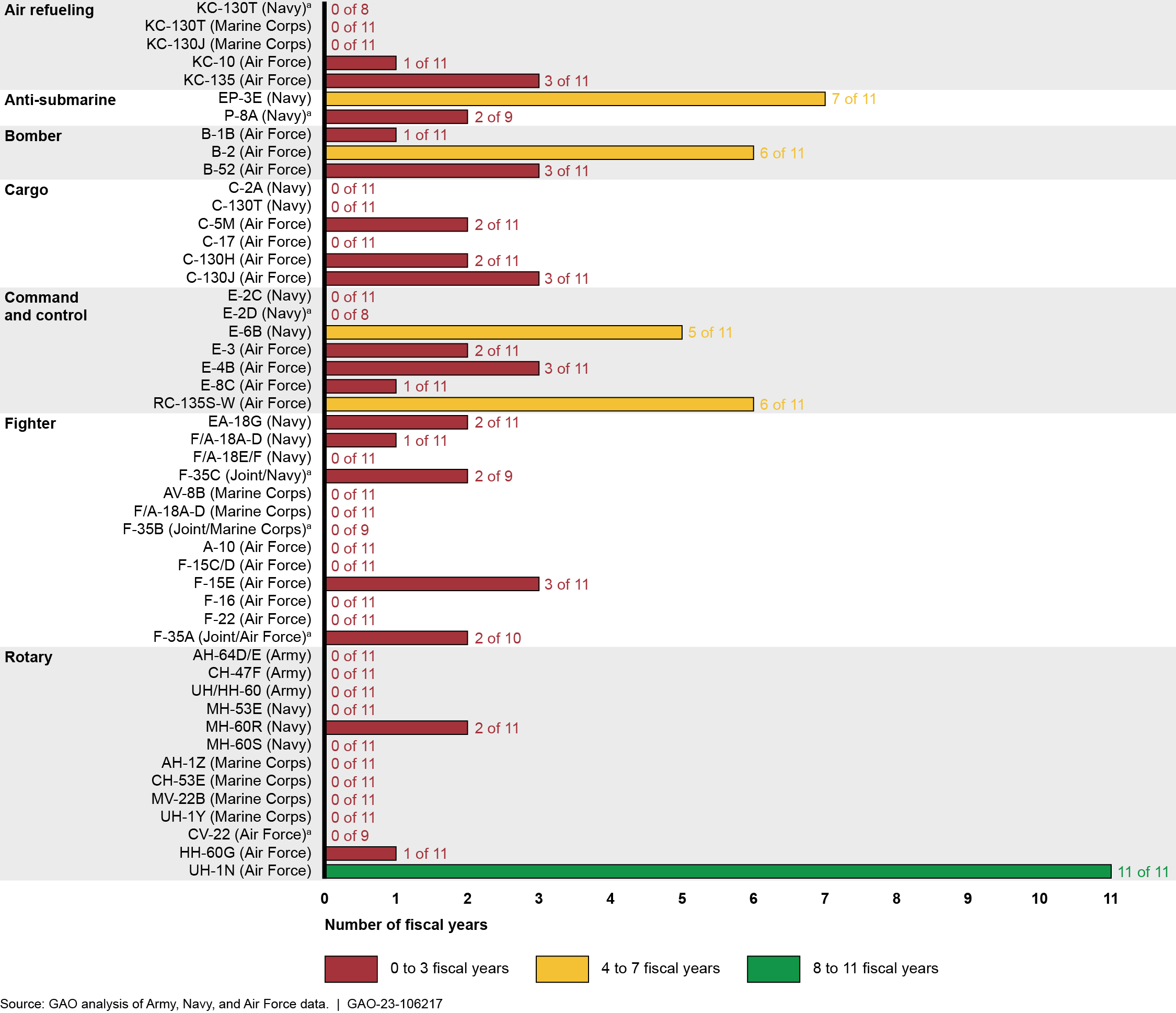 aFor this aircraft, the military department did not provide a mission capable goal for all eleven years.

Many of the selected aircraft are facing one or more sustainment challenges, as shown below. According to program officials, these challenges have an effect on mission capable rates.

Operating and support (O&S) costs totaled about $54 billion in fiscal year 2020 for the reviewed aircraft—a decrease of about $2.9 billion since fiscal year 2011 after factoring in inflation using constant fiscal year 2020 dollars. Maintenance costs became a larger portion of O&S costs—increasing by $1.2 billion since fiscal year 2011. Air Force and Army O&S costs have decreased, while Navy and Marine Corps O&S costs have increased. Based on our analysis and information provided by the program offices, these trends have largely been driven by changes in the size of aircraft inventory and reduced flying hours. Additionally, O&S costs have varied widely across aircraft fleets. For example, the total fiscal year 2020 O&S costs for the systems we reviewed ranged from about $97 million for the KC-130T fleet (Navy and Marine Corps) to a high of about $4.3 billion for the F-16 fleet (Air Force). Based on our analysis and information provided by the system program offices, cost variances were based on aircraft type and factors such as age of the fleet, the number of aircraft included in the inventory, and the number of flying hours flown by a fleet.

The Department of Defense (DOD) spends tens of billions of dollars annually to sustain its weapon systems in an effort to ensure that these systems are available to simultaneously support today's military operations and maintain the capability to meet future defense requirements. This report provides observations on mission capable rates and costs to operate and sustain 49 fixed- and rotary-wing aircraft in the Army, Navy, Marine Corps, and Air Force.

GAO initiated this work in response to continuing interest in the operational availability and O&S costs for major weapon systems. We also initiated this work as part of our response to a provision in section 802 of the William M. (Mac) Thornberry National Defense Authorization Act for Fiscal Year 2021 for GAO to report on sustainment reviews conducted by the military services, with a specific focus on O&S cost growth. In addition to this report, GAO plans to issue additional reports in response to the provision. GAO reviewed documentation and interviewed program office officials to identify reasons for the trends in mission capability rates and O&S costs as well as any challenges in sustaining the aircraft.