Congress has long been interested in knowing how much fraud exists across the federal government. But reliably determining how often fraud occurs—and its impact—is especially challenging.

In this "GAOverview," we discuss 3 key challenges. Specifically:

We also discuss resources for combating fraud in the federal government, including our online antifraud resource. 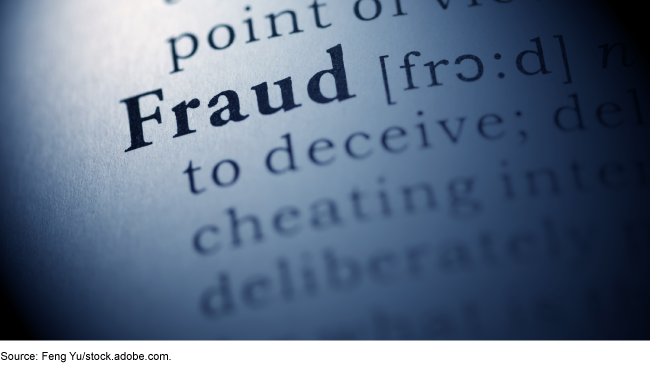 Congress has long been interested in how much fraud exists across the federal government. Reliably determining the extent of fraud – both frequency and impacts – in all federal programs could help Congress and agency officials prioritize fraud prevention and detection resources.

In light of this interest, we examined select data on federal fraud and three key reasons that make determining the total extent of fraud especially challenging: varying definitions, imperfect detection and reporting, and insufficient data.

Various entities report data that provide insights into the extent of federal fraud. However, differing methodologies, incomplete data, and inconsistent reporting mean that these figures cannot be added to determine total fraud.

The Council of Inspectors General on Integrity and Efficiency (CIGIE) reports annually on its accomplishments to the President and Congress. In its fiscal year 2021 report, CIGIE estimated that recoveries and receivables from investigations (e.g., ordered restitution, fines, or settlements from resolved and ongoing criminal and civil cases) totaled $12.1 billion. However, this amount included potential crimes beyond fraud, such as theft and mismanagement of government funds.

Why Is Determining the Total Extent of Fraud Challenging?

GAO defines fraud as the act of obtaining something of value through willful misrepresentation, which is determined through a court or other adjudicative system. Other entities use broader definitions that include settlements, suspected fraud, or prevented fraud. These varying definitions can result in different reported fraud amounts, which could prevent comparison and summary across agencies.

Experts note that some potential fraud goes undetected. This may be due to ineffective internal controls or the deceptive nature of fraud. Even when potentially fraudulent activity is detected it may be difficult to determine intent, which is a key component of fraud. For example, improper payments may reflect errors made without the intent to defraud.

Existing data on fraud are insufficient for determining the total amount of federal fraud. For instance, Inspectors General report on certain results of investigations but do not uniformly record and report fraud and related data. Similarly, federal programs that report improper payment data do not consistently assess what proportion of those payments were the result of fraud.

Further, the extent of nonfinancial fraud— obtaining things like a passport, Social Security number, or certification— is unlikely to be included in fraud data.

What Could Help Better Determine the Total Extent of Fraud? 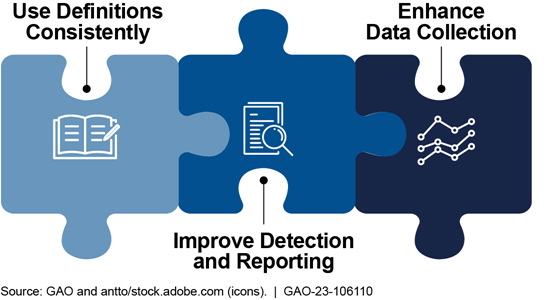 Determining the total extent of federal fraud is a difficult and nuanced task without one simple solution.

However, using definitions consistently, improving detection and reporting, and enhancing data collection may improve our understanding of the total extent of federal fraud. GAO will continue to explore ways to identify and address potential federal fraud.