In 2019, the government created the position of Chief Data Officer at each federal agency, along with a government-wide council made up of these and other officials.

Since that time, the Chief Data Officer Council has worked to improve how the federal government collects and uses data, and agencies have built on these efforts. 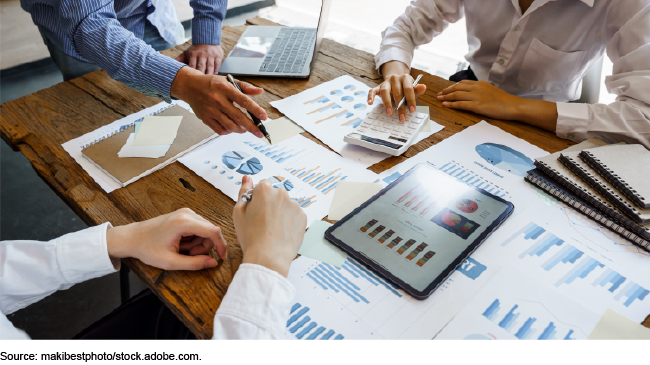 The Chief Data Officer Council—established by the Foundations for Evidence-Based Policymaking Act of 2018 (Evidence Act)—has taken a range of actions intended to strengthen federal evidence-building activities. The act established the Council as an entity within the Office of Management and Budget, and it receives administrative support from the General Services Administration. The Council's membership includes Chief Data Officers from each agency (82 as of October 2022) and other officials from across the federal government.

GAO's analysis found that the Council has taken one or more actions related to each of its five statutory requirements. Those requirements outline how it should contribute to federal efforts to generate and use evidence (see figure).

During a meeting with Council officials in June 2022, GAO shared observations that the Council did not have fully formed plans and performance management activities for meeting its statutory requirements, which could limit continued progress. In response, the Council provided an updated planning document to GAO in August 2022 that identified how the Council's goals and planned activities now support each requirement, along with related performance measures. Moving forward, these tools will provide the Council with performance information it can use to assess progress and ensure it sufficiently addresses each requirement before its authorization expires in December 2024.

GAO also identified various actions that selected agencies took to improve their ability to use different types of evidence. These include several that reflect the Council's actions identified above. For example:

Federal decision makers need evidence about whether federal programs and activities are achieving intended results. The Evidence Act created a framework for enhancing the federal government's capacity to build and use evidence in decision-making.

The act includes provisions for GAO to review its implementation at various points. This report (1) assesses the extent to which the Chief Data Officer Council took actions intended to address its statutory requirements to enhance the development and use of evidence in the federal government, and (2) describes examples of actions selected agencies took to improve their use of different types of evidence.

To address these objectives, GAO reviewed documents and interviewed officials from the Chief Data Officer Council and six federal agencies: the Departments of Commerce, Energy, the Treasury, and Veterans Affairs; the General Services Administration; and the Office of Personnel Management. GAO selected these agencies to reflect a range of sizes and variability in their evidence-building capacities, as identified by GAO's past work. GAO assessed the Council's activities and identified actions it took related to its statutory requirements.

The Chief Data Officer Council, Office of Management and Budget, and six selected agencies had no comments on a draft of this report.