Each year from 2014-2018, about half of large corporations and a quarter of profitable ones didn't owe federal taxes. For example, profitable corporations may not owe taxes due to prior years' losses.

Average effective tax rates—the percentage of income paid after tax breaks—among profitable large corporations fell from 16% in 2014 to 9% in 2018.

A 2017 tax law lowered the top corporate rate from 35 to 21%, but other provisions altered effective tax rates in more complicated ways. For instance, changes to the way foreign income is recognized created tax liability from income not previously taxed under U.S. law, but often at reduced rates. 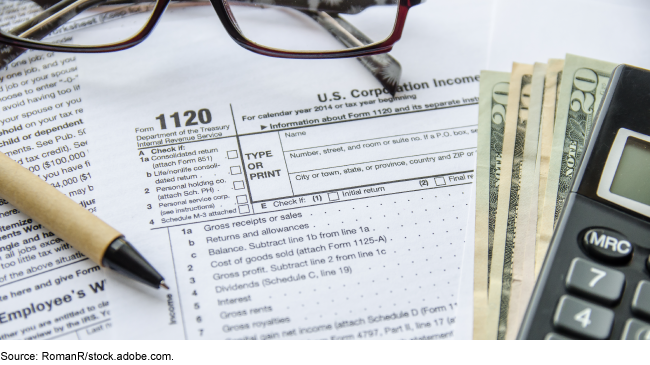 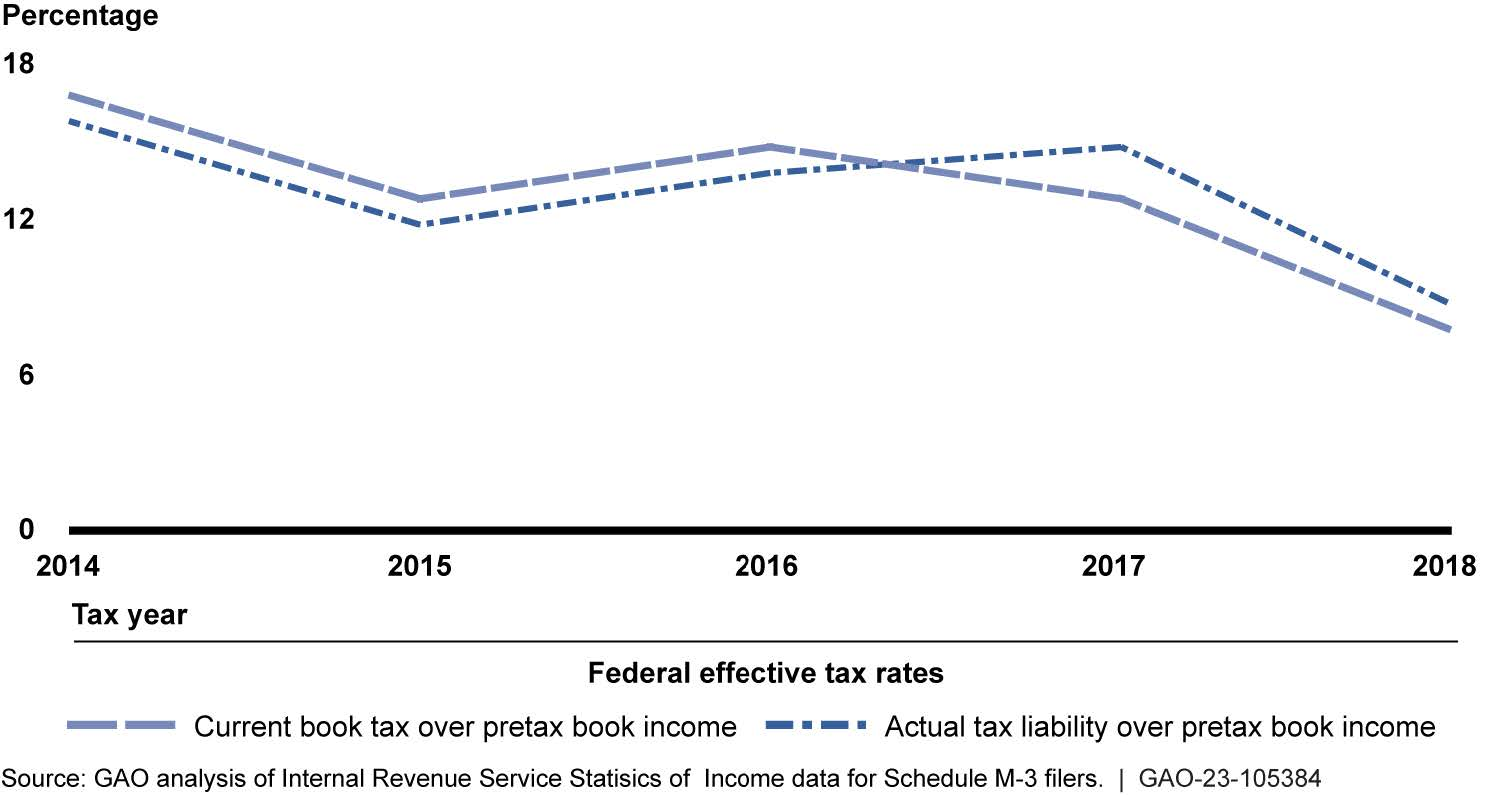 In December 2017, Congress passed Public Law 115-97—commonly known as the Tax Cuts and Jobs Act (TCJA). Among many changes, TCJA lowered the top statutory corporate tax rate from 35 percent to 21 percent. While effective tax rates decreased in 2018, total tax liability among profitable large corporations was slightly higher in both 2017 ($278 billion) and 2018 ($267 billion) than it was in 2016 ($262 billion). TCJA increased foreign-sourced income subject to tax in the U.S. and increased repatriations of income previously held offshore. However, TCJA often taxed this income at reduced rates. These changes may have contributed to a lower effective tax rate in 2018, but also generated tax liability from income that was previously not taxable under U.S. law.

To conduct this work, GAO reviewed relevant literature, and analyzed IRS data for tax years 2014 to 2018 (the most recent data available). This includes the financial and tax information that corporations report on Schedule M-3. GAO also interviewed IRS officials and subject matter experts.