We testified that if DOD moves forward as planned, it will have bought a third of all F-35s before determining that the aircraft is ready to move into full-rate production.

We also provided an update on the F-35 modernization effort, which is delayed by 4 years. DOD continues to address related concerns we (and others) have raised. 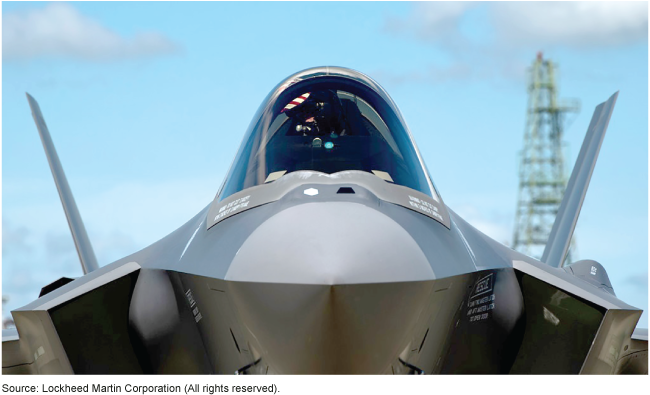 The Department of Defense (DOD) has not yet authorized the F-35 program to begin full-rate production, which is now more than 10 years later than originally planned. Full-rate production generally is the point when a program has demonstrated an acceptable level of performance and reliability and, in the case of the F-35, is ready for higher manufacturing rates. The delay in reaching this milestone stems largely from problems developing the F-35 simulator. The simulator is needed to conduct key tests prior to making a full-rate production decision. DOD is currently reassessing when it will make this decision.

Although the program will not update the simulator schedule until later this spring, DOD plans to acquire up to 152 aircraft per year. At that rate, DOD would purchase about one-third of all planned F-35 aircraft before validating that the aircraft meets requirements. Further, if more performance issues are identified, fixing aircraft later will cost more than resolving issues before production.

DOD is also 4 years into development of its modernization effort, known as Block 4, which continues to experience cost growth and schedule delays. DOD intends for Block 4 development efforts to upgrade F-35 hardware and software systems. Block 4 costs continued to rise during 2021 due to higher hardware upgrade costs, among other things. The program office extended Block 4 development and delivery into fiscal year 2029—3 years beyond the original plan (see figure).

To avoid further delays, the program office recently began taking steps to improve the timeliness and quality of software deliveries. Effective implementation of these steps and GAO's prior Block 4 recommendations can lead to improved modernization outcomes.

The F-35 Lightning II Joint Strike Fighter program remains DOD's most expensive weapon system program. It is estimated to cost over $1.7 trillion to buy, operate, and sustain. DOD plans to acquire 2,470 F-35s to replace several other aircraft used by the Air Force, Navy, and Marine Corps. As of November 2021, the program has delivered over 700 aircraft of the 3,360 currently planned for the U.S. services, allied partners, and foreign military sales customers.

This testimony discusses acquisition-related risks in the F-35 baseline program and modernization effort. It is largely based on GAO's April 2022 report (GAO-22-105128) on F-35 acquisition.

Since 2001, GAO has made 46 recommendations across 18 reports aimed at improving the acquisition of the F-35 aircraft. DOD has agreed with many of these recommendations and taken action to address some but not all of them. Among those recommendations that have not yet been implemented are several focused on addressing continuing cost growth and schedule delays in DOD's upgrades of F-35 hardware and software systems.