For decades, space remained largely the purview of a handful of countries and mostly free from threats. But now many countries have satellites, private companies offer satellite-based services, and some countries have demonstrated they could target and destroy satellites.

It is in this new context that DOD aims to modernize its space systems. We testified that DOD's key challenges and opportunities include: completing the standup of the Space Force, undertaking new acquisition approaches, leveraging commercial capabilities, updating existing systems, and responding to new and emerging threats. 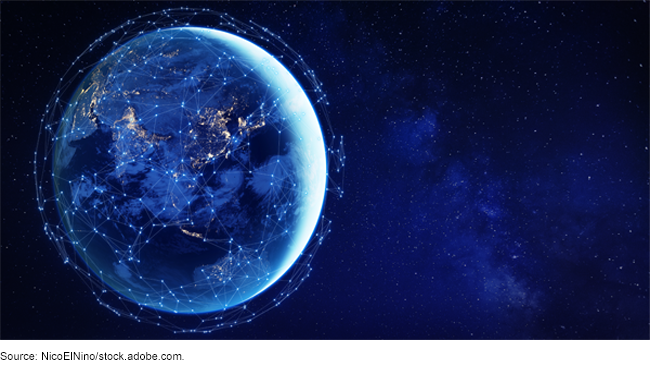 Space-based capabilities—such as GPS—are fundamental to U.S. defense, national security, and civilian activities. GAO has reported that the Department of Defense (DOD) has faced long-standing challenges in acquiring the space systems that support these capabilities. This has led to significant cost increases and delays. In part to speed the acquisition process, DOD added more flexible acquisition pathways, including one known as the middle tier of acquisition. However, this pathway has trade-offs in reporting, monitoring, and oversight. For example, GAO found in 2021 that DOD had not developed an overarching data collection and reporting strategy for its middle tier of acquisition pathway, limiting DOD's visibility into programs and hindering the quality of its congressional reporting. DOD has undertaken several initiatives to update its processes and systems for reporting acquisition data to Congress and other stakeholders.

GAO has issued reports and made several recommendations on programs managed under this pathway, including the Next Generation Overhead Persistent Infrared satellite system. In September 2021, GAO reported that the program had taken steps aimed at accelerating development, but identified challenges for this system that made its aggressive schedule difficult to achieve. GAO also found that the program had not acknowledged these risks to the schedule in its reports to Congress. Accordingly, GAO recommended that DOD enhance schedule and cost transparency to facilitate congressional decision making.

The new acquisition process, the stand-up of the Space Force, the growth of the commercial space industry, and evolving threats in the space domain present challenges and opportunities for space acquisition efforts.

GAO has reviews in progress that will cover several of the key topics noted above, such as DOD's efforts to tailor the acquisition process, leverage commercial capabilities, and address new threats.

This statement (1) provides a description of key space system development efforts and summarizes the results of GAO's recent related reports, and (2) addresses challenges and opportunities facing acquisitions of new space systems. This statement is based on GAO reports issued since 2020 on DOD space programs. It also draws on work supporting GAO's annual reports on major defense acquisition programs and other reports on acquisition reforms.