The government created a new category of federal positions in 2020 for certain policy roles. These "Schedule F" positions would have been exempt from competitive hiring rules, and individuals wouldn't have had access to certain due process rights, such as the right to appeal if removed from these positions.

We found that no agency placed positions into Schedule F before the executive order that created it was revoked in Jan. 2021—although a few considered doing so.

If a future administration reinstates Schedule F, stakeholders told us that agencies should consider possible tradeoffs, such as effects on employee recruitment and retention. 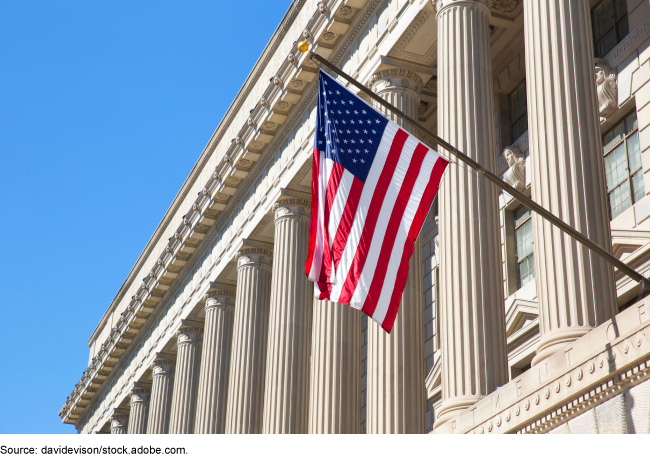 Executive Order 13957 (E.O.), which was issued in October 2020, required federal agencies to conduct a preliminary review to determine which of their workforces' positions met criteria for placement into a newly created Schedule F category of federal positions (see figure). These positions would have had a streamlined hiring process. In addition, certain due process rights, such as notice of removal and the right to appeal removals to the Merit Systems Protection Board, would be unavailable to individuals in these positions.

Thirteen other agencies communicated with OPM leadership before the E.O. was revoked to describe their implementation status. Seven agencies reported that they needed additional time to finalize their analysis. Six reported that they would not request positions be placed into Schedule F for various reasons.

Future administrations could seek to re-establish Schedule F, or a category of federal positions with similar attributes, according to several stakeholders GAO interviewed. Some stakeholders said this is, in part, because Schedule F could be used to expedite hiring of federal employees committed to advancing the President's policy agenda, and removing those who were not. Several stakeholders stated that agencies would need to consider important tradeoffs when using Schedule F. These included possible effects to recruiting, retaining experienced staff, and risks such as employees in Schedule F positions being subject to removal for partisan political reasons.

On October 21, 2020, the President issued E.O. 13957, Creating Schedule F in the Excepted Service , which created a new category of federal positions. The stated intent was to expedite the hiring and removal of “employees in confidential, policy-determining, policy-making, or policy-advocating positions.” The incoming administration revoked the E.O. on January 22, 2021.

GAO was asked to review the implementation of Schedule F. This report describes (1) agencies' implementation of E.O. 13957 prior to its revocation in January 2021; and (2) selected stakeholders' perspectives on the implications of a Schedule F category of federal positions.

GAO also interviewed 14 stakeholders, including former agency officials with relevant experience, and others from academia, federal labor unions, and nonprofit organizations for their views on the implications of Schedule F.