Congress funded $47 billion in grants for renters unable to pay rent or utilities during the COVID-19 pandemic. Treasury disbursed the grants to state and local governments, which then paid renters, landlords, and utility providers.

To expedite payments, Treasury introduced flexibilities—for example, allowing renters to self-attest their eligibility instead of providing documentation when applying for funds. But, Treasury hasn't implemented monitoring procedures needed to manage the increased risks associated with these flexibilities—like grantees making payments to ineligible renters.

We recommended that Treasury implement such procedures. 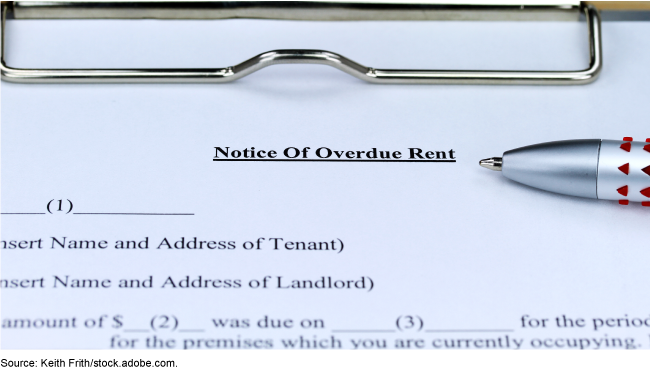 At the end of November 2021, state and local governments (grantees) that administer local Emergency Rental Assistance (ERA) programs had spent about $17.4 billion of the $46.55 billion appropriated to the program, according to GAO's analysis of the most recent Treasury data available. In addition, nearly one quarter of grantees (about 21 percent) had exhausted their first ERA allocation and transitioned to spending their second ERA allocation. At the same time, Treasury started reallocating unused ERA funds to grantees that had spent their allocations more quickly, as required by law. In January 2022, Treasury reported that it initially planned to reallocate about $1.1 billion of unused ERA funds, with about $875 million to be transferred voluntarily—generally from states to their local governments.

From February to August 2021, Treasury revised its ERA program guidance to encourage grantees to adopt administrative flexibilities to accelerate spending. Among other flexibilities, Treasury allowed grantees to accept written statements from applicants attesting that their households meet eligibility requirements established by Congress (known as self-attestation). For example, grantees can accept self-attestations from renters that their household incomes do not exceed the program's income limit of 80 percent of the area median (in lieu of a pay stub or other documentation). GAO and others have acknowledged that self-attestation of eligibility increases risks of noncompliance, improper payments, and fraud. Treasury acknowledged these risks by updated its guidance to require grantees to implement controls when relying on self-attestation and other flexibilities, including additional validation and fraud-prevention procedures.

However, Treasury has not yet developed and implemented procedures for monitoring and evaluating ERA grantees' required controls. Federal internal control standards and Treasury guidance highlight the importance of monitoring and evaluating internal control systems. In December 2021, Treasury implemented procedures to validate grantee-reported data and identify potential compliance issues. However, these procedures do not describe how the agency plans to use grantee-reported data or other information, such as single audit reports, to monitor and evaluate grantees' controls, including required controls when relying on self-attestation.

Treasury officials told GAO they did not believe there was an established connection between the use of self-attestation and increased risks in the ERA program given the requirement that grantees implement additional controls. However, Treasury has not yet assessed improper payment risks in the ERA program, and without procedures to monitor and evaluate required controls, Treasury cannot have reasonable assurance that grantees have met program requirements and effectively managed risks. It is especially critical to begin evaluating grantees’ required controls given that Treasury is reallocating unused ERA funds to grantees that have generally adopted the administrative flexibilities and demonstrated an ability to spend funds quickly.

In December 2020 and March 2021, Congress appropriated $46.55 billion to Treasury for the ERA program to address financial and housing instability caused by the COVID-19 pandemic. In response to delays many grantees experienced distributing ERA funds and the urgent needs of renters, Treasury introduced administrative flexibilities to enable grantees to spend funds more quickly. Since the onset of the ERA program, GAO has highlighted the need for Treasury to balance speed in spending with accountability and oversight.

The CARES Act includes a provision for GAO to monitor and oversee federal efforts to prepare for, respond to, and recover from COVID-19. We were also asked to review how Treasury has administered and overseen the ERA program. This report examines ERA spending trends and Treasury's efforts to monitor grantees' use of ERA funds.

GAO reviewed Treasury data on ERA spending (collected from grantees, for January–November 2021) and reallocation. GAO also reviewed policies, procedures, and guidance on ERA program oversight and interviewed officials from Treasury, Treasury's Office of Inspector General, two stakeholder groups that have studied ERA program implementation, and five state grantees selected to include grantees that did and did not adopt certain administrative flexibilities.

GAO recommends the Secretary of the Treasury develop and implement procedures to monitor and evaluate ERA grantees’ controls, including through the reallocation process. The procedures should include information on the minimum internal control systems expected for ERA grantees that employ self-attestation and other administrative flexibilities that could increase risks of improper payments. Treasury did not agree or disagree with GAO’s recommendation but said it planned to update its monitoring procedures to include information on control systems expected for grantees that rely on administrative flexibilities.