The federal government faces an unsustainable fiscal future. If policies don't change, debt will continue to grow faster than the economy. This year's review of the nation's fiscal health found:

Difficult policy decisions are needed to address the growing debt and change the government's fiscal path. 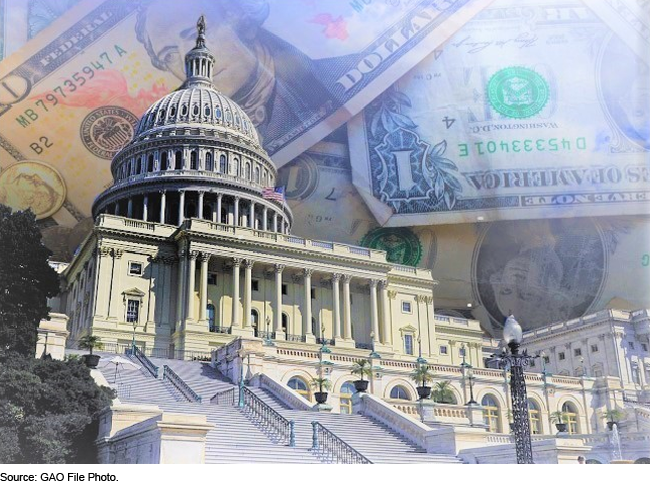 The federal government faces an unsustainable fiscal future. At the end of fiscal year 2021, debt held by the public was about 100 percent of gross domestic product (GDP), a 33 percent increase from fiscal year 2019. Projections from the Office of Management and Budget and the Department of the Treasury, the Congressional Budget Office, and GAO all show that current fiscal policy is unsustainable over the long term. Debt held by the public is projected to reach its historical high of 106 percent of GDP within 10 years and continue to grow at an increasing pace. This ratio could reach 217 percent of GDP by 2050, absent any change in fiscal policy.

Debt Held by the Public Projected to Grow Faster Than GDP

The underlying conditions driving this unsustainable fiscal outlook existed well before the COVID-19 pandemic and continue to pose serious challenges if not addressed.

The fiscal year 2021 federal budget deficit of $2.8 trillion was the second largest in history, after the fiscal year 2020 deficit of $3.1 trillion. These historically large deficits were due primarily to economic disruptions caused by the COVID-19 pandemic—which decreased revenues in fiscal year 2020—and the additional spending by the federal government in response to the pandemic. Federal debt held by the public grew by about $5.5 trillion during fiscal years 2020 and 2021, reaching $22.3 trillion at the end of fiscal year 2021.

In GAO’s simulation, starting in 2024, debt held by the public grows faster than GDP in every year. In most years, debt held by the public grows more than twice as fast as the economy, in real terms. The growing debt is a consequence of borrowing to finance increasingly large annual budget deficits. The total budget deficit is composed of two parts: 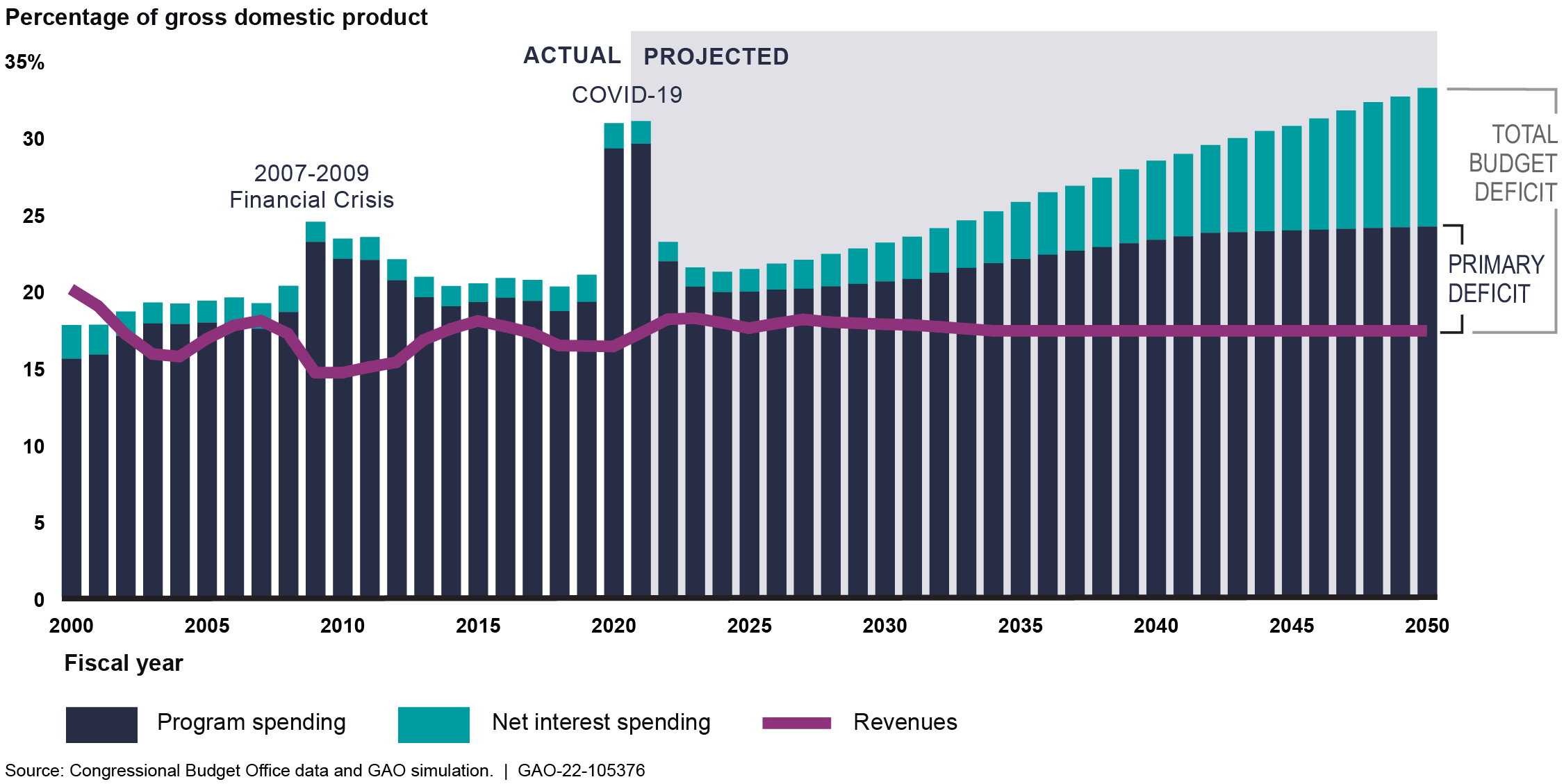 Further, certain fiscal risks are not fully accounted for in the simulations. Consistent with CBO projections, GAO’s simulations assume that interest rates will increase over the next 30 years to 4.6 percent in 2051, from the historically low levels over the last 20 years. Interest rates higher than projected would further increase interest costs and debt. Other fiscal risks include potential delays in raising the debt limit and additional potential spending from certain fiscal exposures, such as such as potential global or regional military conflicts, public health crises, and natural disasters and climate change.

Action Is Needed to Change the Unsustainable Fiscal Path