When servicemembers are unexpectedly absent from duty, their wellbeing may be at risk. Their families can suffer, and mission readiness may be reduced.

Also, some military services have not established procedures for responding to all types of absences, or fully met staffing goals or identified staffing needs for special agents who investigate absences.

Our eight recommendations address these issues. 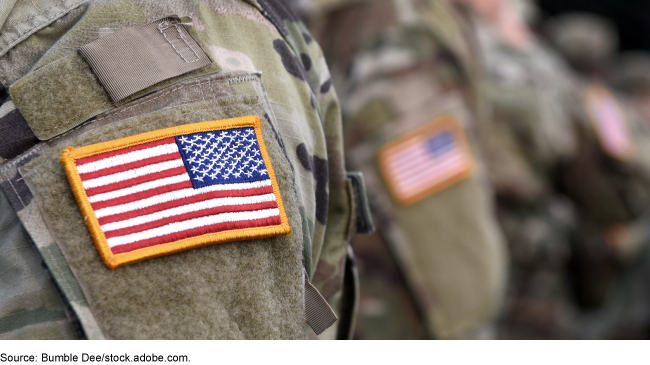 Key Personnel and Organizations Involved in Responding to Servicemember Absences

During fiscal years 2017 through 2021, the Army, Navy, and Air Force military criminal investigative organizations met some staffing goals and identified some staffing needs for special agents who investigate servicemember absences. GAO found that the Army and Navy met or nearly met goals for filling authorized special agent positions, while the Air Force filled, on average, about 83 percent of its positions, falling short of its 100-percent goal. Also, although the Air Force identified staffing needs for special agents, the Army did not identify the number of special agents needed to fully address workload needs and the Navy could not identify the specific number of special agents needed separate from other investigative positions. Establishing processes to identify Army and Navy special agent needs and developing a strategy to meet the Air Force staffing goal will better position these services to ensure they have sufficient numbers of agents.

Servicemember absences can negatively affect servicemembers, their families, and their units. Cases, such as the 2020 disappearance and murder of Army Specialist Vanessa Guillén, have provoked concerns about DOD's response to absences.

This report assesses the extent to which the (1) services collected and reported data on involuntary and voluntary absences during fiscal years 2017 through 2021, (2) services have established procedures for key personnel to respond to involuntary and voluntary absences, and (3) military criminal investigative organizations met staffing goals and identified staffing needs for special agents who conduct criminal investigations during fiscal years 2017 through 2021.

GAO is making eight recommendations, including that DOD provide guidance on collecting voluntary absence data and establish a process for reporting those data, the Marine Corps and Air Force establish procedures for responding to absences, the Army and Navy establish processes to identify special agent staffing needs, and the Air Force develop a staffing strategy for special agents. DOD generally agreed with the recommendations.