Federal loans are available for projects that align with policy goals—such as infrastructure for clean water.

Before a 1990 law, agencies had to get appropriations from Congress for the full amount of any loans they made. The law allowed agencies to factor estimated repayments into the cost of some loans—letting them make more loans from smaller upfront appropriations. For example, in FY 2021, $7 billion in appropriations supported about $236 billion in loans.

Agencies can only do this if the loan is for a non-federal project. But it's unclear how the Office of Management and Budget determines that. We recommended that OMB publish its criteria. 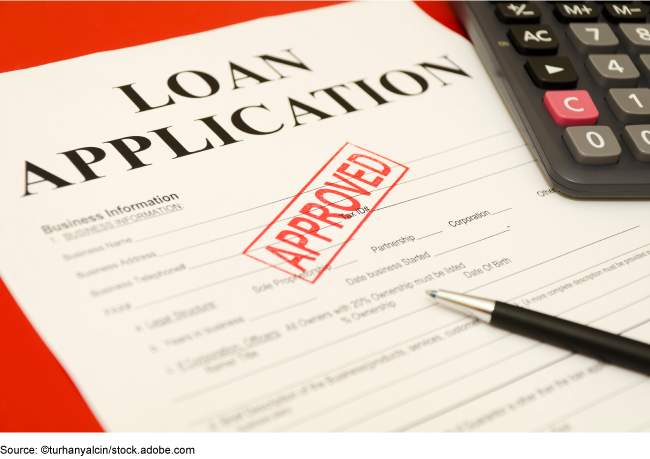 The Federal Credit Reform Act of 1990 (FCRA) allows special budgetary treatment for federal loans made to non-federal borrowers. Specifically, the subsidy cost of the loan (cash outflows minus inflows) is reflected in the budget in the year the loan is made. Prior to FCRA, the total amount of a direct loan was recorded as a cost in the year it was made. Repayments were not recorded until the years they were received. Under the special budgetary treatment FCRA affords, federal agencies can issue an amount of loans that is larger than the related appropriations they receive. For example, in fiscal year 2021, $7 billion in appropriations supported roughly $236 billion in direct loans. 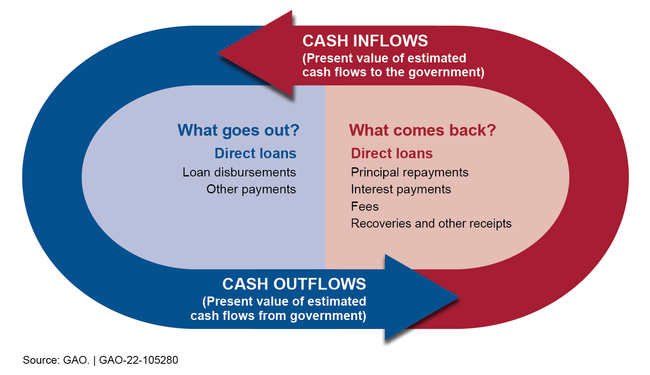 The concept of non-federal borrower is not defined in FCRA. According to Office of Management and Budget (OMB) staff, classification of a borrower as non-federal depends on not only if the recipient is a non-federal entity but also if a loan is sought for a non-federal activity. If a proposed project is a federal activity, it is ineligible for special budgetary treatment under FCRA.

Of the six direct loan programs in GAO's review, one had published criteria for evaluating whether proposed financing applications would fund federal activities. Specifically, the Environmental Protection Agency (EPA), OMB, and the Department of the Treasury jointly published such criteria for EPA's Water Infrastructure Finance and Innovation Act (WIFIA) program. OMB staff said the concepts applied in the WIFIA criteria are generally applicable for all federal lending programs. However, OMB has not published government-wide criteria for evaluating potential federal involvement in projects seeking a federal loan.

Agency officials managing the other five programs in GAO's review were unaware that OMB considers the WIFIA criteria to be applicable to all federal loan programs. Without government-wide criteria, there could be inconsistent treatment of loans across the federal government. This, in turn, could make it harder for policymakers to assess and compare the cost of federal programs.

GAO was asked to review how the non-federal borrower concept is applied in practice. This report examines (1) OMB's policies for evaluating whether federal loan programs would potentially fund a federal borrower or federal activities; and (2) processes that selected agencies—EPA and the U.S. Departments of Agriculture and Transportation—use to screen loan applications for potential federal activities.

GAO recommends that OMB publish government-wide criteria agencies should consider when evaluating federal involvement in a potential project to help determine whether it is eligible for the special budgetary treatment under FCRA. OMB neither agreed nor disagreed with GAO's recommendation. OMB provided technical comments, which GAO incorporated as appropriate.