Every 2 years, we update our High Risk List of federal programs and operations vulnerable to waste, fraud, abuse, or mismanagement, or needing broad reform. Working on the problems we've flagged has saved more than $626 billion for the government over FYs 2006–2021.

We often get asked what agencies can do to get off the list. In this report, we discuss cases in which agencies took actions to improve programs and yield financial and other benefits. In some of these cases, we narrowed the scope of the High Risk areas or removed them from the list.

As a guide for future action, we describe how these actions met our progress criteria (shown below).

We measure progress on High Risk issues in these 5 areas 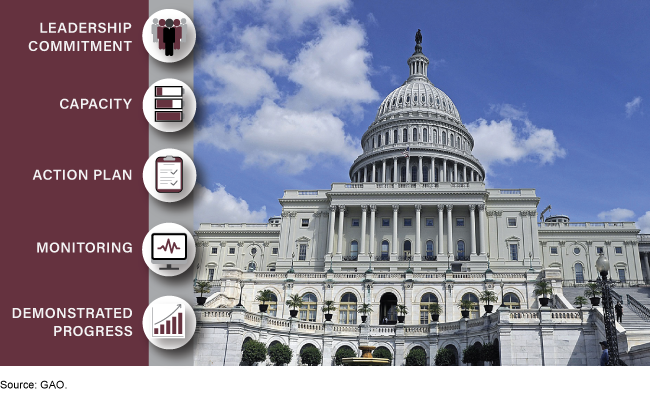 Congressional attention, Office of Management and Budget (OMB) engagement, and federal agencies' sustained leadership, planning, and execution are key practices for successfully addressing high-risk areas. Such practices have contributed to hundreds of billions of dollars saved since the High-Risk List was established. Further progress to narrow or remove the 37 areas remaining on GAO's High-Risk List can contribute to saving additional billions of dollars, improving services to the public, and enhancing trust in government.

Leadership commitment to initiate and sustain progress. For example:

An action plan to define the root causes and solutions and provide an approach for substantially completing corrective measures. For example:

Demonstrated progress in implementing corrective measures that address the root causes of high-risk areas. For example:

As shown below, most high-risk areas (nearly 52 percent) have either been removed from the list or narrowed in scope. Many others have shown significant progress in other ways, having met or partially met all five criteria for removal. 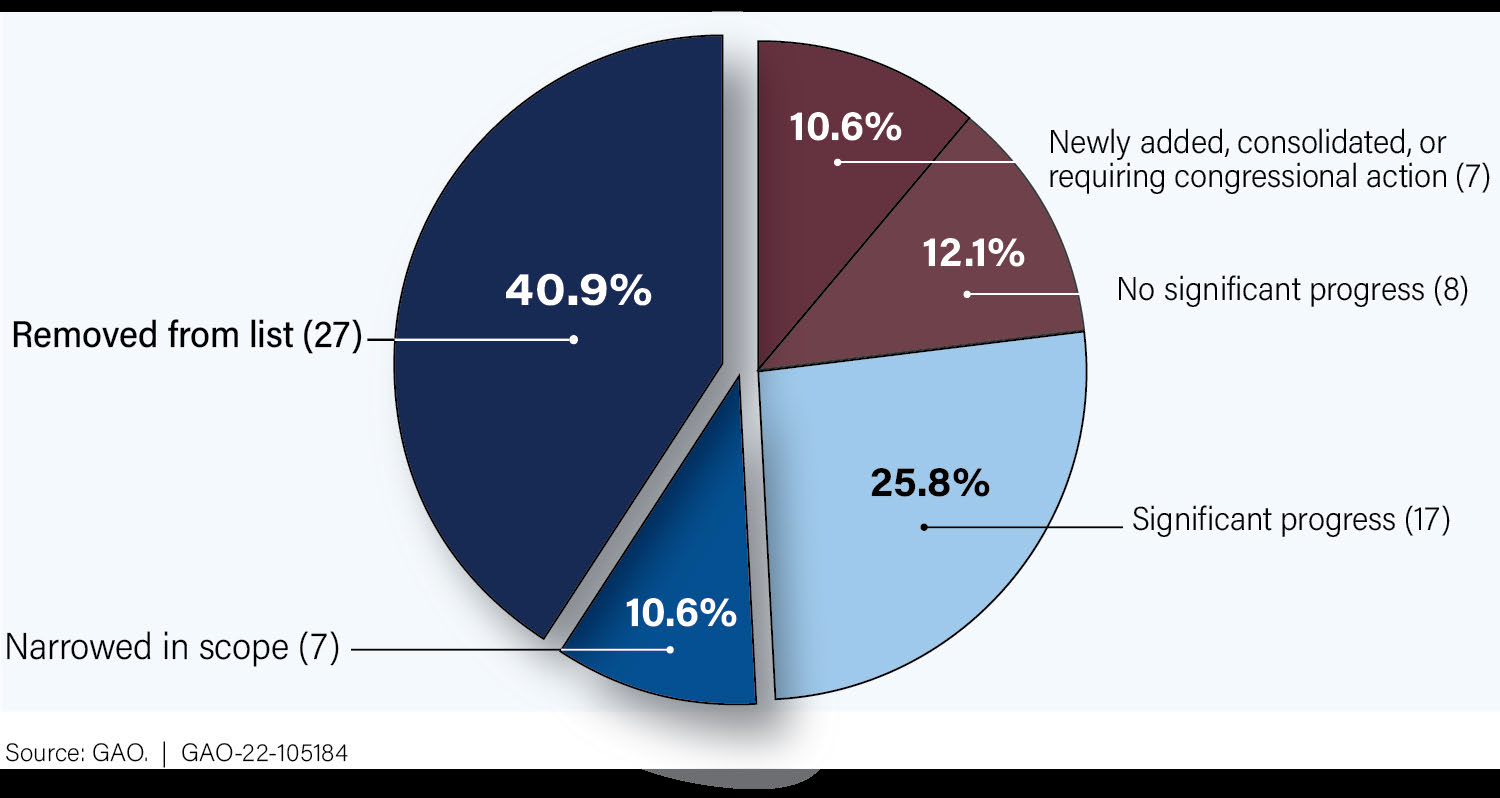 This report discusses key practices for successfully addressing federal programs and operations vulnerable to waste, fraud, abuse, or mismanagement, or in need of transformation. Since the inception of GAO's High-Risk List in 1990, GAO has removed more than 40 percent of the areas on the list in response to demonstrated progress.

Five practices, which align with GAO's criteria for removal from the list, have led to this progress and contributed to billions of dollars in savings. Federal financial benefits due to progress in addressing high-risk areas during the past 16 years (fiscal years 2006 through 2021) totaled more than $626 billion.

This report explains the relationship between the key practices and significant improvements to reduce risks. The examples of progress in this report can serve as a guide for federal action to successfully address areas that remain on the High-Risk List.

GAO reviewed prior high-risk reports to determine criteria and actions that contributed to the removal, narrowing, or sustained progress for selected highrisk areas. GAO also interviewed former and current agency officials to obtain their views on practices that resulted in progress on high-risk areas and corresponding achievement of related benefits.