The Lobbying Disclosure Act requires paid lobbyists to file reports on their lobbying activity, on whether they previously held certain government positions, and more. We assess their compliance by reviewing a sample of reports, interviewing the lobbyists who filed them, and cross-checking information.

As in past years, most lobbyists filed the required reports and were able to provide supporting documentation. But, 35% of reports didn't disclose relevant prior employment.

The U.S. Attorney's Office for the District of Columbia enforces compliance. It reported that about 72% of the 3,473 noncompliance cases from 2012-2021 were unresolved. 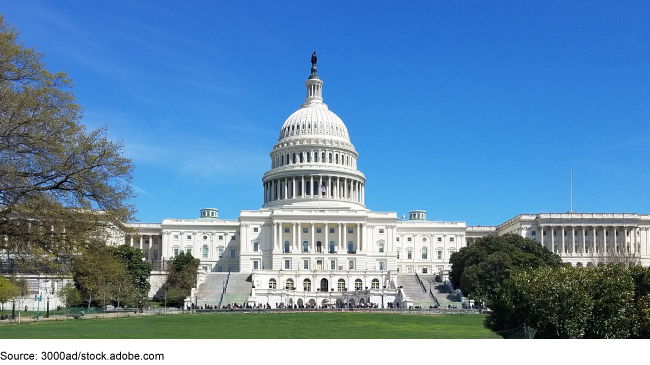 For the 2021 reporting period, most lobbyists provided documentation for key elements of their disclosure reports to demonstrate compliance with the Lobbying Disclosure Act of 1995, as amended (LDA). For lobbying disclosure (LD-2) reports and political contribution (LD-203) reports filed during the third and fourth quarters of 2020 and the first and second quarters of 2021, GAO estimates that

These findings are generally consistent with GAO's findings since 2012. Under the Justice Against Corruption on K Street Act of 2018, lobbyists are required to report certain criminal convictions. Of the 245 individual lobbyists in GAO's sample none reported any such convictions. After conducting extensive background and website searches to determine the accuracy of the information reported, GAO could not positively identify one lobbyist due to that person's common name.

GAO found that most lobbyists in a sample of 99 reported some level of ease in complying with disclosure requirements and in understanding the definitions of terms used in the reporting. However, some disclosure reports demonstrate compliance difficulties, such as not properly disclosing covered positions or misreporting of income or expenses.

The U.S. Attorney's Office for the District of Columbia (USAO) continued its efforts to resolve noncompliance by having lobbyists file their reports, terminate their registrations, or by pursuing civil and criminal penalties. USAO received 3,473 referrals from both the Secretary of the Senate and the Clerk of the House for failure to comply with reporting requirements cumulatively for years 2012 through 2021. Of the 3,473 referrals, about 28 percent were compliant and about 72 percent were pending further action, as of February 2022. Less than one percent did not require action or were suspended because the lobbyist or client was no longer in business or the individual lobbyist was deceased.

The LDA, as amended, requires lobbyists to file quarterly disclosure reports and semiannual reports on certain political contributions. The law also includes a provision for GAO to annually audit lobbyists' compliance with the LDA.

This report, among other things, (1) determines the extent to which lobbyists can demonstrate compliance with disclosure requirements, (2) identifies challenges or potential improvements to compliance that lobbyists report, and (3) describes the efforts of USAO in enforcing LDA compliance. This is GAO's 15th annual report under the provision.

This methodology allowed GAO to generalize to the population of 55,084 disclosure reports with $5,000 or more in lobbying activity and 28,851 reports of federal political campaign contributions. GAO also interviewed USAO officials.