The Office of Management and Budget manages a government-wide effort to optimize and consolidate federal data centers. In FY 2020, 24 agencies planned to close a total of 46 data centers—and ended up closing 96, saving $875.10 million.

However, these agencies reported mixed progress meeting their goals to optimize their existing data centers (such as reducing the number of underutilized servers), due to technical and budget constraints. 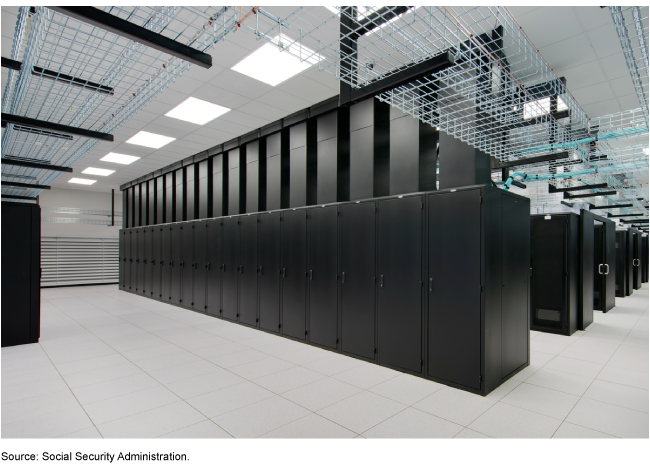 In addition, in fiscal year 2021 the DCOI agencies reported mixed progress against Office of Management and Budget's (OMB) four data center optimization targets for virtualization, data center availability, advance energy metering, and underutilized servers. (See figure) Seven agencies had completed their optimization efforts or had been granted exemptions by OMB; therefore, reporting on optimization metrics for these agencies was not applicable.

Agencies did not meet all of their targets for various reasons, including technical and budget constraints. GAO has made 126 recommendations since 2016 to help agencies meet their DCOI targets, and the agencies have implemented 101 of them. Until agencies fully address all previous GAO recommendations to meet their optimization performance targets, they are unlikely to fully realize the expected benefits, including cost savings from DCOI.

GAO reiterates that agencies need to address the 25 recommendations previously made to them that have not yet been implemented. Of the 24 DCOI agencies and OMB, six agreed with the information presented in the report, eight neither agreed nor disagreed, and 11 had no comments.