IRS audits individuals to verify if they accurately reported their taxes and, if they didn't, to determine if more taxes are owed.

Our report explores these and other audit trends. 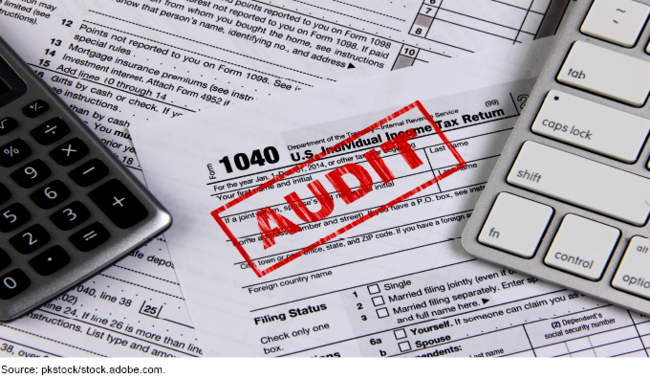 Audit Rates. From tax years 2010 to 2019, audit rates of individual income tax returns decreased for all income levels. On average, the audit rate for these returns decreased from 0.9 percent to 0.25 percent. Internal Revenue Service (IRS) officials attributed this trend primarily to reduced staffing as a result of decreased funding. Audit rates decreased the most for taxpayers with incomes of $200,000 and above. According to IRS officials, these audits are generally more complex and require staff's review. Lower-income audits are generally more automated, allowing IRS to continue these audits even with fewer staff.

Audit Results and Resources. From fiscal years 2010 to 2021, the majority of the additional taxes IRS recommended from audits came from taxpayers with incomes below $200,000. However, the additional taxes recommended per audit increased as taxpayer income increased. Over this time, the average number of hours spent per audit was generally stable for lower-income taxpayers but more than doubled for those with incomes of $200,000 and above. According to IRS officials, greater complexity of higher-income audits and increased case transfers due to auditor attrition contributed to the time increase.

Audits of the lowest-income taxpayers, particularly those claiming the EITC, resulted in higher amounts of recommended additional tax per audit hour compared to all income groups except for the highest-income taxpayers. IRS officials explained that EITC audits are primarily pre-refund audits and are conducted through correspondence, requiring less time. Also, lower-income audits tend to have a higher rate of change to taxes owed.

IRS estimated that individual taxpayers underreported their income tax on average by $245 billion each year for tax years 2011 to 2013. This underreporting is the largest component of the tax gap—the difference between the amount of taxes owed and taxes paid timely and voluntarily.