ONDCP posted drug control grant information to its website and collected information on barriers for potential grantees. However, we couldn't verify what ONDCP does to assess whether these grants may be duplicative, overlapping, or fragmented—which could result in inefficiencies or wasteful spending—because it hasn't documented its process.

We recommended doing so. 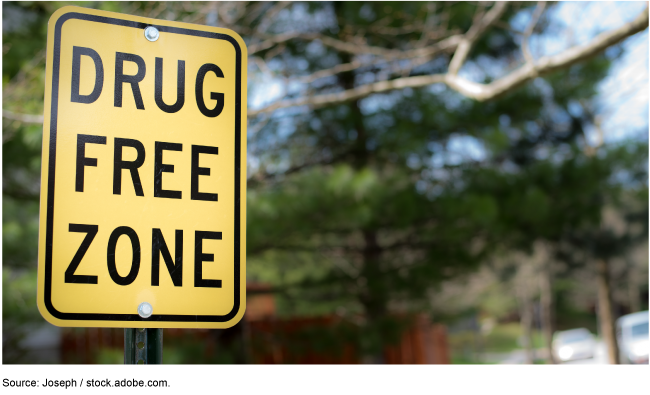 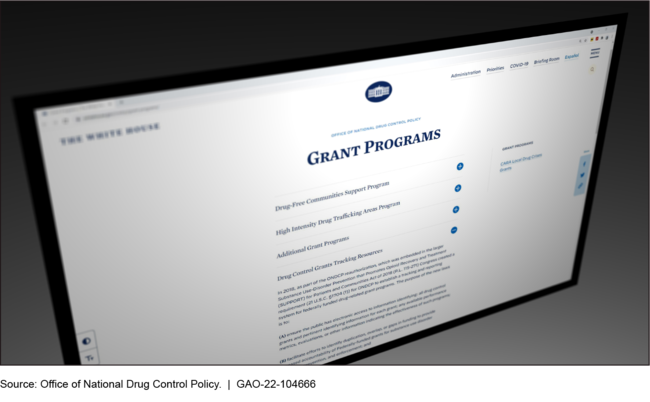 ONDCP also requires relevant federal agencies to annually report barriers that potential grantees face when applying for drug control grants. ONDCP collected this information in November 2020, and officials stated that they plan to share this information with agencies to help the agencies reduce any systemic barriers.

ONDCP officials stated they met the Substance Use-Disorder Prevention that Promotes Opioid Recovery and Treatment for Patients and Communities Act (SUPPORT Act) requirement to facilitate the identification of duplication, overlap, and fragmentation (DOF) among drug control grants by assessing for DOF during their annual budget review process. However, we could not verify ONDCP's actions to assess for DOF because ONDCP has not documented its process. Federal standards for internal controls call for documentation to demonstrate the design, implementation, and operating effectiveness of an entity's internal control system. Documenting the process for identifying DOF will help ONDCP ensure that it retains organizational knowledge and can communicate and demonstrate the effectiveness of its internal control system to identify DOF.

According to the most recent provisional data from the Centers for Disease Control and Prevention, a predicted record high of about 100,300 drug overdose deaths occurred during the 12-month period ending in April 2021. The federal drug control budget for fiscal year 2021 was nearly $36 billion and the federal government has enlisted more than a dozen agencies to address drug misuse and its effects. ONDCP is responsible for overseeing the implementation of the nation's national drug control policy and leading the national drug control efforts.

To answer these questions, GAO analyzed ONDCP documents on its efforts to identify drug control grants, any barriers to these grants, and its DOF assessments. GAO also analyzed information that ONDCP posted publicly on the 46 drug control grant programs it identified. In addition, GAO interviewed ONDCP officials about these efforts.

GAO recommends that ONDCP document its process or procedures to identify DOF in drug control grants, and ensure that it includes certain elements, such as how grants are selected for review. ONDCP concurred with the recommendation.