Natural disasters can be devastating for K-12 schools—especially in areas where people were already vulnerable.

Most school districts that received key federal recovery grants in the wake of 2017-2019 disasters had higher than average proportions of students from socially vulnerable groups (e.g., low-income families, kids with disabilities).

We looked at 5 school districts in socially vulnerable communities. District officials said that students who faced problems like housing instability or food insecurity had significant emotional trauma after disasters. They also said it was hard to access mental health care for these students. 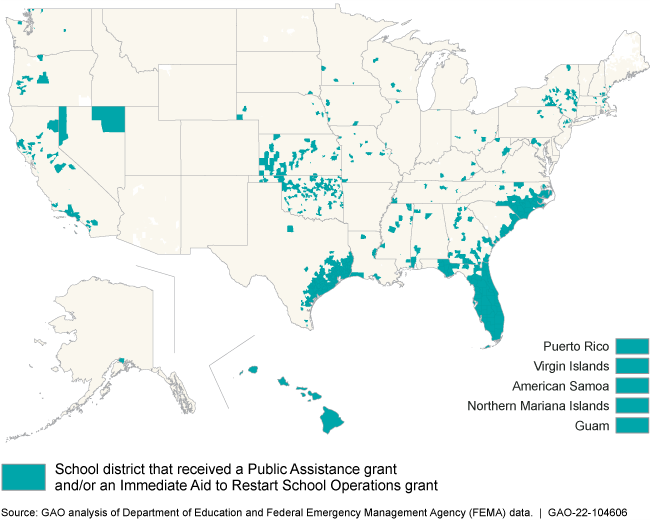 Key Aspects of School Recovery from a Natural Disaster or Emergency

Since 2017, over 300 presidentially-declared major disasters have occurred across all 50 states and all U.S. territories. Many of these disasters have had devastating effects on K-12 schools, including those in socially vulnerable communities for whom disaster recovery is more challenging.