As of March 2020, nonfederal pay (e.g., for state and local government and private sector workers) was on average 23% higher than federal pay for similar jobs, despite pay equity efforts. One such effort was to increase federal pay in specific areas of the U.S. where nonfederal workers make at least 5% more.

The heads of the Department of Labor and the Offices of Management and Budget and Personnel Management use pay disparity data to make recommendations to the President on locality pay increases. While locality increases have been given annually in most years since 1994, they have not met the goal of reducing reported pay disparities. 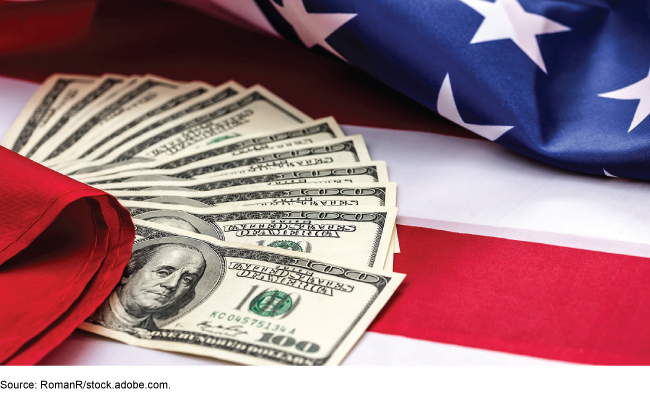 aDesignated by the President, the Pay Agent is comprised of the Secretary of Labor and the Directors of the Office of Management and Budget and OPM. The council is comprised of three experts in labor relations and pay policy and six representatives of employee organizations representing large numbers of General Schedule employees.

In its 2019 memorandum, the council identified five alternatives to the survey methodology for setting locality pay, including verifying Bureau of Labor Statistics (BLS) survey data with other human capital data—such as attrition data—and establishing a commission to periodically review federal civilian compensation. According to council members, these alternatives represent the most recent discussion by the council of different methodologies. This is also consistent with the results of GAO's literature search.

FEPCA authorized annual locality-based pay adjustments for GS employees. The act's goal was to reduce reported pay gaps between federal and nonfederal employees in specific areas of the U.S. to no more than 5 percent. While this goal has not been met since its authorization in 1994, some amount of locality pay increases has been provided for 22 of the 28 years since FEPCA took effect.

House Report 116-442 accompanying the bill that would become the William M. (Mac) Thornberry National Defense Authorization Act for Fiscal Year 2021 included a provision for GAO to review the administration of the locality pay program.

The Department of Labor and OPM provided technical comments on a draft of this report, which GAO incorporated as appropriate. OMB had no comments.