A Federal Highway Administration program provides funding for states to pilot alternatives to gas tax revenues. Most states chose to test systems that charge for road use per mile driven. For example, California used its funding to test mileage-tracking technologies.

However, FHWA hasn't determined how, if at all, the state projects funded by this program might inform a national policy. We recommended doing so. 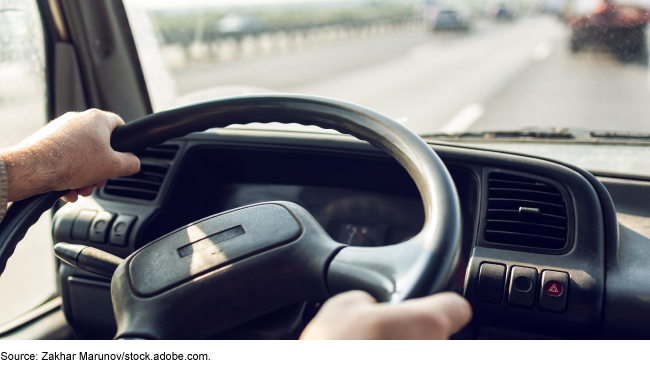 Since fiscal year 2016, 13 states, including two multistate coalitions, have used Surface Transportation System Funding Alternatives (STSFA) funds to pilot and research user-based funding alternatives to the fuel tax. (See figure.) These projects are at various stages of development and implementation. Most of these states explored mileage fee systems, which track miles driven, with the goal of ensuring that drivers pay for their use of the roads. For example, California used STSFA funds to test various technologies to record and report miles driven as part of its mileage fee system pilot. Driver participation in STSFA projects is voluntary and to date has ranged from about 100 to 5,000 participants per pilot. 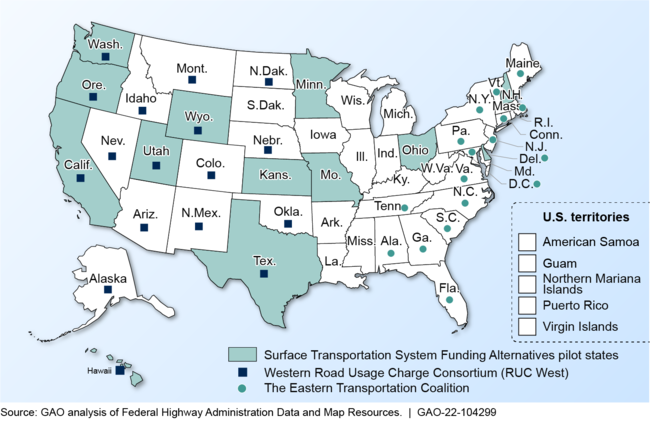 The Federal Highway Administration (FHWA), within the Department of Transportation (DOT), followed most leading practices—including establishing clear, measurable objectives and developing a methodology to assess the pilots—when designing and evaluating the STSFA program. However, FHWA evaluations did not include scalability criteria—as suggested by leading practices—to identify how, if at all, an individual state's pilot approaches could inform national policy. Such criteria could include examining whether the use of technologies to track and report mileage deployed in various pilot projects would be feasible or cost-effective in a national system. Without scalability criteria, FHWA will not be able to assess the potential of mileage fee systems beyond the pilot states nor provide information or recommendations, if any, for congressional consideration of these approaches to address the current insolvency of the Highway Trust Fund—an issue GAO has had on its high-risk list for over a decade.

Since 2007, GAO has reported that Congress needs to pass a long-term, sustainable funding solution for maintaining the nation's highways. Existing revenue sources—including fuel taxes—for surface transportation have eroded, contributing to the transfer of over $270 billion in general revenues to the Highway Trust Fund between 2008 and 2021.

In 2015, DOT was required by statute to establish the STSFA program to provide grants to states to explore the feasibility of user-based alternative funding mechanisms, such as mileage fees systems, where drivers would pay fees based on their miles driven. This report examines how states have used STSFA funding and assesses the extent to which FHWA followed leading practices when designing and evaluating the STSFA program, among other objectives.

GAO reviewed relevant statutes and reports on STSFA-funded activities; surveyed 50 states and the District of Columbia; reviewed FHWA annual reports and evaluations of the state pilots; compared FHWA actions with GAO's leading practices for designing and evaluating pilot programs; and interviewed FHWA officials and all states awarded STSFA grants from fiscal years 2016 through 2019.

GAO recommends that FHWA develop and apply criteria to assess the scalability of the STSFA pilot projects.

DOT concurred with the recommendation.