Federal decision makers need evidence, including performance information, to determine if federal programs and activities are achieving their intended results.

We also found that certain key practices are associated with greater use of performance information. For example, it helps when agencies provide relevant training to managers and make information easy to access. 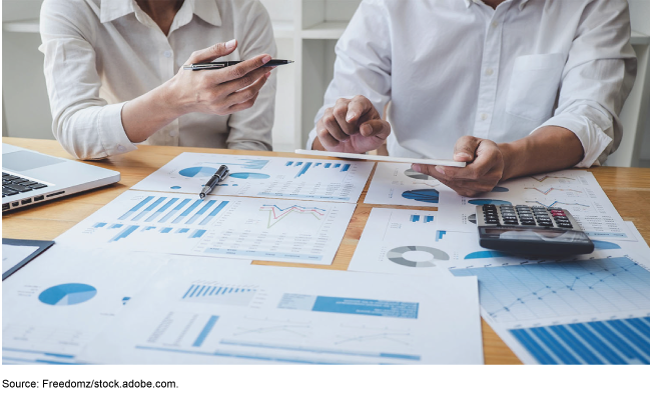 Performance information can help decision makers understand and improve results at federal agencies. GAO's 2020 survey of federal managers showed that the reported use of performance information in decision-making generally increased across the federal government compared to prior surveys. For example, on an index that approximates such use with a single score, GAO estimates with 95 percent confidence that the 2020 government-wide result was statistically significantly higher than each prior score since GAO created the index in 2007 (see below).

Managers' Reported Use of Performance Information, as Measured by GAO's Index

At a majority of agencies, managers reported statistically significant increases in performance information use. For example, index scores increased at 16 of the 24 agencies in 2020 compared to 2017, including at the National Aeronautics and Space Administration (NASA). Prior GAO work highlighted actions that NASA has taken since December 2018 to increase its use of performance information to improve the management of its acquisition projects, which have a history of cost growth and schedule delays. This includes having projects report relevant data to a central repository, which agency leaders review and discuss to help manage project performance.

GAO's analyses also found that key practices continue to be positively associated with greater reported use of performance information. For example:

The GPRA Modernization Act of 2010 and the Foundations for Evidence-Based Policymaking Act of 2018 included requirements to enhance federal efforts to develop and use performance information and other evidence in decision-making.

To conduct its work, GAO analyzed results from a survey it administered from July to December 2020 to a stratified random sample of about 4,000 managers at 24 major federal agencies. The survey had a 56 percent response rate. Results can be generalized to the population of managers government-wide and at each agency. GAO also reviewed relevant Office of Management and Budget (OMB) documents, interviewed OMB staff, and followed up on the implementation of prior related GAO recommendations.

In response to a draft of this report, the Department of Veterans Affairs and the U.S. Agency for International Development provided comments that highlighted results from GAO's survey and described efforts to improve the use of evidence in decision-making. OMB and the remaining 22 agencies did not provide comments.