Chronic health conditions (like heart disease, diabetes, cancer, and obesity) are costly and deadly—causing over half of U.S. deaths in 2018. They also exacerbated the pandemic: Americans with such conditions were 12 times more likely to die after contracting COVID, according to the CDC.

Yet chronic conditions are largely preventable with a healthy diet and other behaviors like exercise. The federal government leads 200 different efforts, spread across 21 agencies, to improve Americans' diets. But agency efforts are fragmented and there are gaps in key scientific research, including for children. A strategy for working together could help. 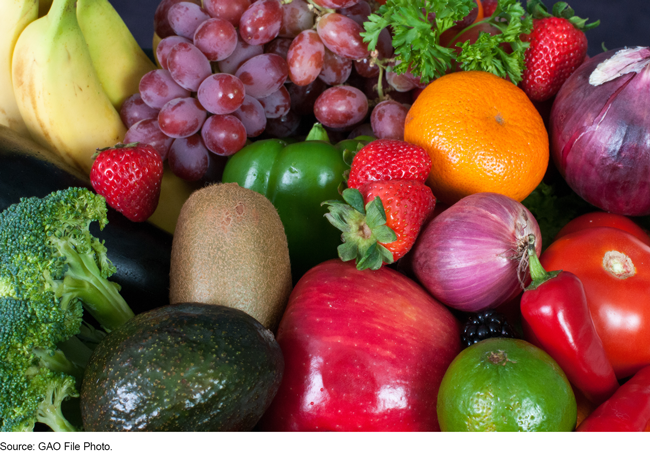 Mortality. Cardiovascular diseases, cancer, and diabetes accounted for half of all annual deaths in the U.S. (about 1.5 million deaths). People living in southern states, men, and Black Americans had disproportionately higher mortality rates than those living in other regions, women, and other races.

Cost. Government spending, including Medicare and Medicaid, to treat cardiovascular disease, cancer, and diabetes accounted for 54 percent of the $383.6 billion in health care spending to treat these conditions.

The increase in certain diet-related conditions over time indicates further potential threats to Americans' health. For example, the prevalence of obesity among adults was 19 percent higher in 2018 than in 2009.

Note: Effort numbers do not add up to 200 because some efforts fall into multiple categories.

Agencies have taken some actions to coordinate, such as by establishing interagency groups. However, they have not effectively managed fragmentation of diet-related efforts or the potential for overlap and duplication. Such fragmentation has impacted the agencies' ability to achieve certain outcomes. For example, according to agency officials and nonfederal stakeholders, agencies have not fully addressed important gaps in scientific knowledge where research is sparse, including on healthy diets for infants and young children. A federal strategy for diet-related efforts could provide sustained leadership and result in improved, cost-effective outcomes for reducing Americans' risk of diet-related chronic health conditions.

GAO was asked to review diet-related chronic health conditions and federal efforts to address them. This report examines (1) federal data on prevalence, mortality, and costs of selected diet-related chronic health conditions; (2) federal diet-related efforts to reduce Americans' risk of chronic health conditions; and (3) the extent to which federal agencies have coordinated their efforts. GAO selected conditions with established scientific links to diet. GAO then analyzed federal data on prevalence, mortality, and health care spending; reviewed agency documents; interviewed officials from 21 federal agencies with a role in diet, as well as nonfederal stakeholders; and compared agency actions with selected leading practices for collaboration, which GAO has identified in prior work.

Congress should consider identifying and directing a federal entity to lead development and implementation of a federal strategy for diet-related efforts aimed at reducing Americans' risk of chronic health conditions.

Trying to eat better? The federal government leads 200 diet-related efforts aimed to help, but it lacks a strategy