How has the need for and availability of services for mental health and substance use disorders changed during the COVID-19 pandemic?

Evidence suggests these conditions increased while access to care decreased. 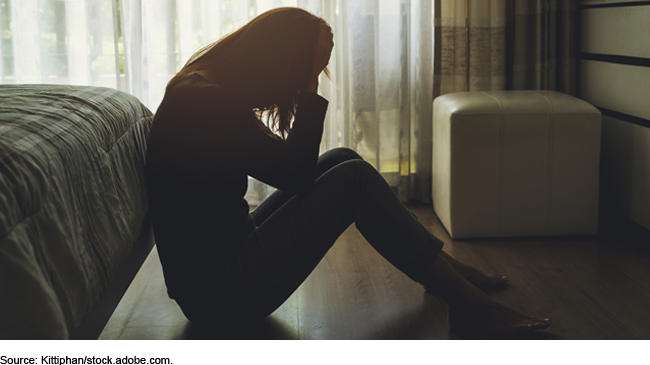 GAO found that there have been longstanding concerns about the availability of behavioral health treatment, particularly for low-income individuals. According to a review of federal data, one potential barrier to accessing treatment has been shortages of qualified behavioral health professionals, particularly in rural areas. Stakeholders that GAO interviewed—officials from the National Council for Behavioral Health (NCBH) and from hospital associations and insurance regulators in four states—cited additional contributing factors such as provider reimbursement rates and health system capacity. Additionally, recent reports from Pennsylvania and Oregon further documented longstanding problems with meeting the need for behavioral health services in their states.

Officials GAO interviewed from provider organizations offered anecdotal examples of problems with payments for behavioral health services, including examples suggesting that denials and delays were more common for these services than they were for medical/surgical services. However, most officials were not aware of published data that could confirm their concerns, and data from reports from two states on claims denials either did not support their concerns or were inconclusive. In addition, a report in one state that examined mental health parity—requirements that behavioral health benefits are not more restrictive than medical/surgical benefits—found that the rate of complaints associated with behavioral health services was notably lower than those for medical/surgical services.

The lack of available data confirming stakeholder concerns could be related to potential challenges consumers and providers face in identifying and reporting mental health parity violations, as previously reported by GAO. Specifically, in 2019, GAO found that complaints were not a reliable indicator of such violations, because consumers may not know about parity requirements or may have privacy concerns related to submitting a complaint. GAO recommended that the federal agencies involved in the oversight of mental health parity requirements evaluate the effectiveness of their oversight efforts. As of March 2021, the agencies had not yet implemented this recommendation.

Behavioral health conditions, which include mental health and substance use disorders, affect a substantial number of adults in the United States. For example, in 2019, an estimated 52 million adults in the United States were reported to have a mental, behavioral, or emotional disorder, and 20 million people aged 12 or older had a substance use disorder. Experts have expressed concerns that the incidence of behavioral health conditions would increase as a result of stressors associated with the COVID-19 pandemic. Even before the pandemic, longstanding questions have been raised about whether coverage or claims for behavioral health services are denied or delayed at higher rates than those for other health services.