The National Credit Union Administration oversees federally insured credit unions and administers the fund that insures them. Credit union failures from 2010 through 2020 resulted in over $1.5 billion in losses to this fund. We analyzed the causes of failure and observed opportunities for NCUA to enhance its oversight. 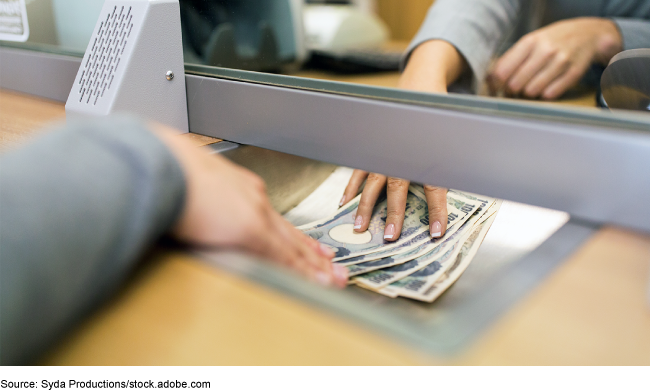 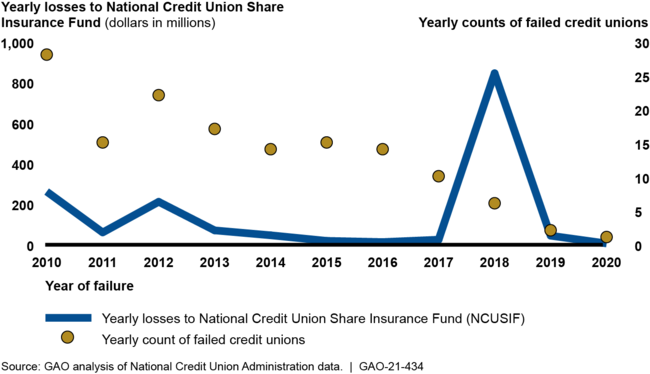 NCUA has opportunities to improve its use of supervisory information to address deteriorating credit unions and its processes for reporting on failures, including:

NCUA examiners rate credit unions according to five individual components: Capital Adequacy, Asset Quality, Management, Earnings, and Liquidity/Asset-Liability Management (CAMEL), and assign a composite rating on their overall condition. NCUA places emphasis on the CAMEL composite ratings to guide its enforcement actions. However, GAO found that when one of a credit union's component ratings is worse than its composite rating, that credit union is more likely to deteriorate or fail. NCUA's policies do not explicitly address how to more fully leverage the component ratings individually to determine an appropriate enforcement action. By more fully leveraging the additional predictive value of the CAMEL component ratings, NCUA could take earlier, targeted supervisory action to help address credit union risks and mitigate losses to the NCUSIF.

NCUA did not always conduct post mortem reviews (13 of 44 as of April 2021) of certain failed credit unions (to determine causes for failure) and did not complete most reports (30 of 44) in the required time frame. NCUA's policies and procedures do not specify which office should ensure that reports are done and issued on time. Documenting the responsible office would help ensure reviews are conducted and provide useful and timely information.

NCUA oversees federally insured credit unions and administers the NCUSIF (which insures the accounts of credit union members). Credit union failures—145 from 2010 through 2020—resulted in more than $1.55 billion in losses to the NCUSIF.

The Dodd-Frank Wall Street Reform and Consumer Protection Act contains a provision for GAO to review MLRs and make recommendations to improve NCUA's supervision of credit unions. Among its objectives, this report examines (1) credit union failures since 2010, and (2) NCUA use of supervisory information for deteriorating credit unions and its reporting on failures.

GAO makes three recommendations to NCUA, including that it more fully leverage the component ratings that indicate credit union deterioration and that it document which office should ensure timely completion of post mortem reports on failed credit unions. NCUA agreed with all of the recommendations.