The Department of Defense has provided U.S. Customs and Border Protection with personnel and other support for at least 2 decades. DOD evaluates requests for assistance against 6 criteria, including cost and how providing support would affect military readiness.

We looked at 4 such requests for assistance that DOD approved. We found that DOD used unreliable cost estimates and didn't fully evaluate the effects of the requests on military readiness. Also, DOD didn't track all costs or give Congress timely information on the full costs it incurred for homeland security support, as it was mandated to do. Our 7 recommendations address these issues. 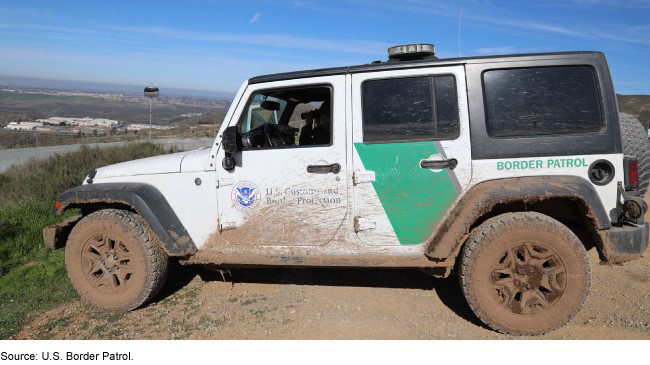 Since April 2018, the Department of Homeland Security (DHS) has submitted 33 requests for assistance (RFA) to the Department of Defense (DOD) for support to U.S. Customs and Border Protection's (CBP) mission at the southwest border. DOD established six criteria for evaluating RFAs, which it documents in decision packages. When reviewing four selected decision packages, GAO found that DOD fully evaluated four of these six criteria. GAO found that DOD developed rough cost estimates that were not reliable. In addition, DOD did not fully evaluate the effect on military readiness of providing support at the time the Secretary of Defense considered DHS's requests. Without reliable cost estimates and a timely readiness analysis, DOD is limited in its ability to evaluate the effect of supporting DHS on its budget and readiness rebuilding efforts.

DOD has not provided Congress with timely information on the full costs it has incurred since 2018 in supporting DHS. Specifically, during this review, DOD did not submit its statutory report to Congress for fiscal year 2019, which was due March 31, 2020. Additionally, GAO found that DOD's internal tracking of obligations excludes potentially significant costs of border support activities, such as installation support costs and the cost of benefits retroactively provided to members of the National Guard. By providing more timely and complete information to Congress, DOD would enhance Congress's ability to conduct oversight and make funding decisions for DOD and DHS.

DOD and DHS employed several key interagency collaboration practices for DOD's support on the southwest border, but they have not agreed on a common outcome for DOD's support in fiscal year 2021 and beyond. DHS anticipates needing at least the current amount of DOD support for the next 3 to 5 years, possibly more, and officials stated that the desired outcome is for DOD to provide the capabilities requested in the RFAs. This differs from DOD's desired outcome, which is to provide temporary assistance until DHS can independently execute its border security mission. Defining and articulating a common outcome for DOD's support could enable DOD to more effectively plan for the resources it will need to support DHS and enable DHS to plan to manage its border security mission more effectively with its own assets.

This is a public version of a sensitive report that GAO issued in February 2021. Information on force protection that DOD deemed sensitive has been omitted.

For decades, the U.S. southwest border has been vulnerable to cross-border illegal activity such as illegal entries, smuggling of drugs and contraband, and terrorist activities. Since 2002, DOD has supported DHS's mission to secure the nation's borders and episodically supported its efforts to manage surges in foreign nationals without valid travel documents who are seeking entry—most recently since April 2018, when the President directed the Secretary of Defense to support DHS in securing the southwest border.

GAO was asked to examine this support. This report assesses the extent to which (1) DOD has evaluated DHS's RFAs, (2) DOD has reported to Congress the full costs of its support, and (3) DOD and DHS have collaborated on border security operations. GAO reviewed RFAs that DHS submitted to DOD between April 2018 and March 2020 and a non-generalizable sample of decision packages that DOD prepared in response, and conducted four site visits to border locations where military personnel were stationed.