In 2014, the two primary groups that accredited residency programs announced a plan for programs to transition to a single accreditor. In July 2020, the Accreditation Council for Graduate Medical Education became the sole accreditor. 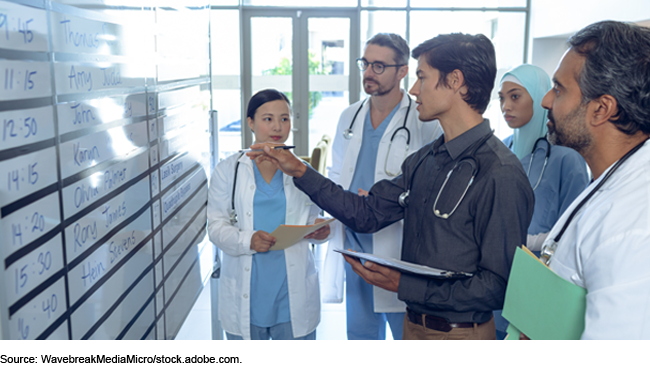 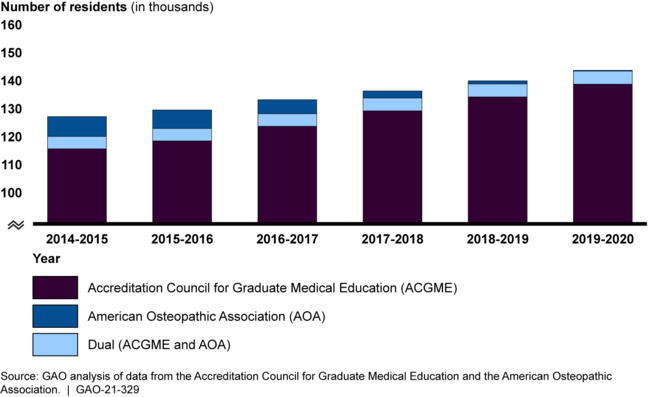 Physician GME provides the clinical education to practice medicine independently in the U.S. Agencies within the Department of Health and Human Services (HHS) fund GME, including over $15 billion from Medicare in 2018 (the latest year for which data were available).

To be eligible for federal funding, GME programs generally must be accredited. In 2014, the two primary accreditation organizations for physician GME—ACGME and AOA—announced plans for ACGME to serve as the nation's single accreditor for these GME programs as of July 2020. The transition, which began in 2015, established a physician training framework to provide uniform, quality care to patients across the U.S.

GAO was asked to review the changes during the transition to a single GME accreditor. This report describes changes in the number, composition (e.g., specialty or subspecialty), and geographic distribution of GME programs and their residents.

GAO analyzed ACGME and AOA program and resident data for academic years 2014-2015 through 2019-2020. GAO also reviewed documents and interviewed officials from HHS agencies, ACGME, and AOA about HHS programs that fund GME, as well as changes in the number of programs and residents, their composition, and geographic distribution of their primary training sites during the transition to ACGME as the single accreditor.

GAO provided a draft of this report to HHS for comment. HHS provided technical comments, which GAO incorporated as appropriate.