The Federal Communications Commission has a program to help ensure universal access to broadband service in rural, remote, and other areas of the country that are costly to serve. The program provides billions of dollars to telecommunications companies each year to deploy broadband services.

But the FCC needs additional data on how the program is working, to help drive decisions on effective use of available funds. Also, the FCC's public reports don't address the program's performance goals as written, raising questions about just how effective the program is.

Our recommendations are to help the FCC improve its monitoring of this program.

Providing broadband to remote rural areas can be costly. 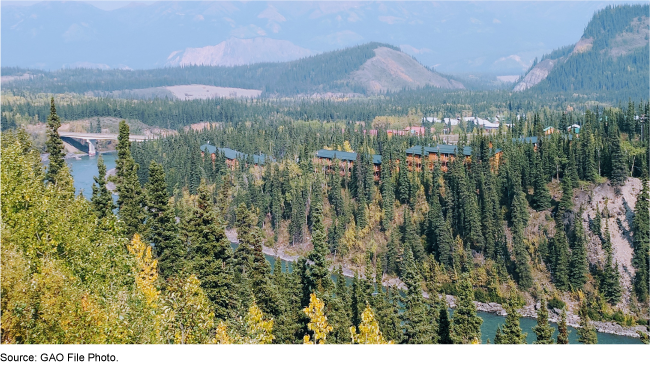 The Federal Communications Commission (FCC) has a program, known as the high-cost program, to promote broadband deployment in unserved areas. Although the performance goals for the high-cost program reflect principles in the Telecommunications Act of 1996, not all of the goals are expressed in a measurable or quantifiable manner and therefore do not align with leading practices. Furthermore, FCC's measures for its performance goals do not always align with leading practices, which call for measures to have linkage with the goal they measure and clarity, objectivity, and measurable targets, among other key attributes. For example, as shown below for two of FCC's five goals, GAO found that FCC's measures met most, but not all, of the key attributes. By establishing goals and measures that align with leading practices, FCC can improve the performance information it uses in its decision-making processes about how to allocate the program's finite resources. Leading practices also suggest that agencies publicly report on progress made toward performance goals. FCC does so, however, only in a limited fashion which may lead to stakeholder uncertainty about the program's effectiveness.

According to stakeholders GAO interviewed, FCC faces three key challenges to accomplish its high-cost program performance goals: (1) accuracy of FCC's broadband deployment data, (2) broadband availability on tribal lands, and (3) maintaining existing fixed-voice infrastructure and attaining universal mobile service. For example, although FCC adopted a more precise method of collecting and verifying broadband availability data, stakeholders expressed concern the revised data would remain inaccurate if carriers continue to overstate broadband coverage for marketing and competitive reasons. Overstating coverage impairs FCC's efforts to promote universal voice and broadband since an area can become ineligible for high-cost support if a carrier reports that service already exists in that area. FCC has also taken actions to address the lack of broadband availability on tribal lands, such as making some spectrum available to tribes for wireless broadband in rural areas. However, tribal stakeholders told GAO that some tribes are unable to secure funding to deploy the infrastructure necessary to make use of spectrum for wireless broadband purposes.

Millions of Americans do not have access to broadband. Within the Universal Service Fund, FCC's high-cost program provided about $5 billion in 2019 to telecommunications carriers to support broadband deployment in unserved areas where the cost to provide broadband service is high. In 2011, FCC established five performance goals and related measures for the high-cost program.

GAO was asked to review the high-cost program's performance goals and measures. This report examines: (1) the extent to which the program's performance goals and measures align with leading practices to enable the effective use of performance information and (2) the key challenges selected stakeholders believe FCC faces in meeting the program's goals. GAO reviewed FCC's program goals and measures and assessed them against applicable criteria, including GAO's leading practices for successful performance measures. GAO interviewed FCC officials and representatives from industry, tribal carriers, consumer advocates, and other stakeholders, to obtain a variety of non-generalizable viewpoints.

GAO is making four recommendations, including that FCC should ensure its high-cost program's performance goals and measures align with leading practices and publicly report on progress measured toward the goals. FCC concurred with all four recommendations.