This is our 6th annual assessment of major Department of Homeland Security acquisition programs that are at risk of missing cost, schedule, and capability goals.

The DHS must brief Congress on risks that could affect whether its acquisition programs meet these goals. We found that the DHS's briefings haven't provided enough information to help with oversight.

We recommended, among other things, that Congress consider making its information needs more explicit.

Although the DHS has made some improvements, its acquisition management continues to be a High Risk issue. 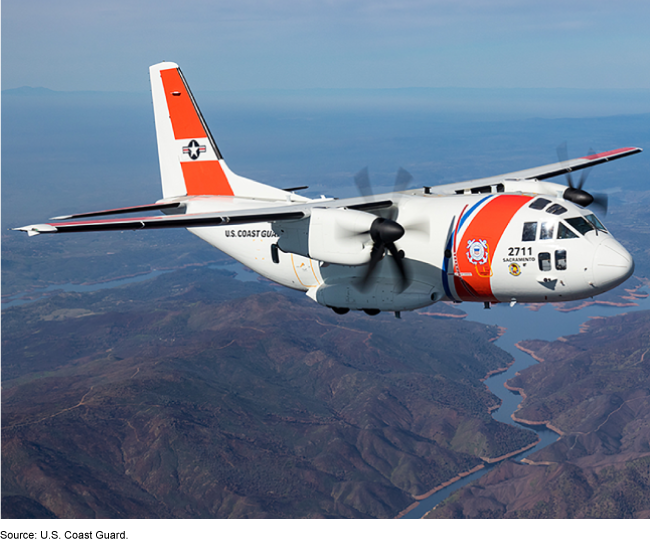 As of September 2020, 19 of the 24 Department of Homeland Security (DHS) programs GAO assessed that had DHS approved acquisition program baselines were meeting their currently established goals. However, of the 24 programs, ten had been in breach of their cost or schedule goals, or both, at some point during fiscal year 2020. A few programs experienced breaches related to external factors, such as the COVID-19 pandemic, while others breached their baseline goals because of acquisition management issues. Five of these programs rebaselined to increase costs or delay schedules, but the remaining five were still in breach status as of September 2020 (see table). Further, GAO found that some of the 19 programs that were meeting their currently established goals—including the U.S. Coast Guard's Offshore Patrol Cutter program—are at risk of future cost growth or schedule slips.

DHS Major Acquisition Programs In Breach of Approved Cost or Schedule Goals (or Both) As of September 2020.

Note: The life-cycle cost information is the current acquisition program baseline cost goal as of September 2020. Programs may revise cost goals, if necessary, when the new baseline is approved.

GAO found that supplemental guidance for the development of acquisition documents generally aligned with requirements in DHS's acquisition management policy. However, guidance for developing acquisition documentation in DHS's Systems Engineering Life Cycle Instruction and accompanying Guidebook does not reflect current requirements in DHS's acquisition management policy. DHS officials stated that the information related to development of acquisition documents—including the systems engineering life cycle tailoring plan—should be consistent across all of DHS's policies, instructions, and guidebooks. Inconsistent agency-wide guidance can lead to a lack of clarity on when programs should submit their program documentation.

The Joint Explanatory Statement accompanying a bill to the DHS Appropriations Act, 2019, directed DHS to provide quarterly briefings on summary ratings for all major acquisition programs. While DHS is meeting this direction with summary ratings, the ratings do not include contextual information, such as programs' cost, schedule, or performance risks. This type of information would help Congress understand how the ratings relate to potential program outcomes. Determining what additional risk information is needed for DHS's major acquisition programs along with the reporting timeframes and the appropriate mechanism to provide the information, would help ensure that decision makers have needed context.

DHS plans to spend more than $7 billion on its portfolio of major acquisition programs—with life-cycle costs over $300 million— in fiscal year 2021 to help execute its many critical missions. The Explanatory Statement accompanying the DHS Appropriations Act, 2015, included a provision for GAO to review DHS's major acquisitions on an ongoing basis.

GAO assessed 24 acquisition programs, including DHS's largest programs that were in the process of obtaining new capabilities as of April 2018, and programs GAO or DHS identified as at risk of poor outcomes. GAO assessed cost and schedule progress against baselines; assessed DHS's congressional reporting requirements; and interviewed DHS officials and congressional appropriations committee staff.

GAO is making one recommendation for DHS to align acquisition guidance with policy, and one matter for Congress to consider determining what additional information it needs to perform oversight. DHS concurred with our recommendation.