Agencies' regulatory analyses can help policymakers determine whether the benefits of regulation or deregulation are likely to justify the costs.

We reviewed agency analyses of 11 EPA and Health and Human Services regulations. When looking at the costs and benefits that agencies translated into dollar values, analyses for 8 of the regulations showed costs exceeding benefits.

Reviewing those more closely, we found that some analyses didn't fully follow best practices. For example, some of HHS's Centers for Medicare & Medicaid Services' analyses were not fully transparent. We recommended CMS take steps to address these and other issues. 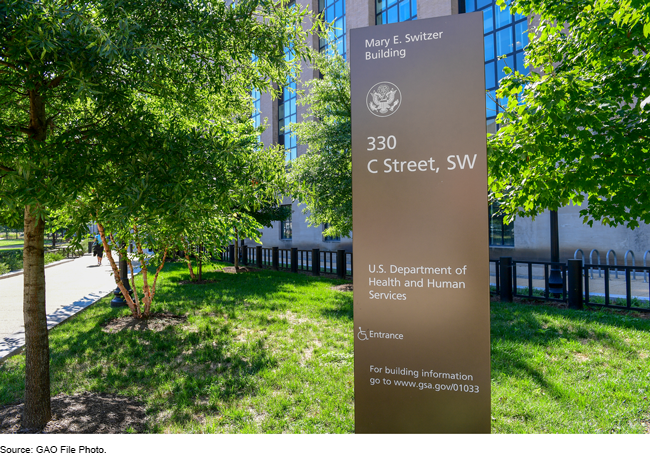 GAO reviewed 11 Executive Order (EO) 13771 rules—five significant Environmental Protection Agency (EPA) rules and six economically significant Department of Health and Human Services (HHS) rules. Seven of the 11 rules modified (i.e. repealed, amended, or delayed) existing rules (see table). GAO found that analyses for most of the seven rules monetized the same types of benefits and costs as analyses for the rules they modified, an indicator of consistency in the regulatory analyses. For example, one EPA rule modified an earlier rule that had established requirements for chemical risk management programs. EPA monetized anticipated changes to industry compliance costs for both rules. Where agencies monetized similar types of benefits and costs for both reviewed rules and modified rules, the value of some estimates differed, in part, because agencies had updated analytical assumptions, such as the number of entities subject to requirements or relevant wage data.

Regulatory analyses for eight of the 11 rules GAO reviewed projected that monetized costs would exceed monetized benefits, though each identified other factors that may have led decision makers to determine that the total benefits justified the total costs, such as important, non-quantified effects. These eight analyses met about half of the selected best practices for economic analysis. However, some analyses developed by HHS's Centers for Medicare & Medicaid Services (CMS) did not fully meet best practices associated with analyzing regulatory alternatives, assessing important effects, and providing transparency. It is particularly important that agencies develop quality analyses for economically significant rules, such as those finalized by CMS. By meeting these best practices, CMS could help the public and other parts of government provide effective feedback and mitigate potential conflict with entities affected by rules. It could also help CMS assess whether a rule's benefits justify the costs.

EO 13771 generally requires executive agencies to identify two rules for repeal for each new rule issued. Since EO 13771 went into effect in 2017, executive agencies have taken regulatory actions expected to generate over $50 billion in savings to society. Quality regulatory analysis provides agency decision makers and the public with a thorough assessment of the benefits and costs of different regulatory options.

GAO was asked to review regulatory analyses for rules finalized under EO 13771. For selected agencies, this report examines (1) how the calculated economic effects of selected rules differed, if at all, from those of rules they modified; and (2) the extent to which agencies met best practices in analyzing the economic effects of selected rules for which monetized costs exceed monetized benefits.

GAO reviewed analyses for 11 rules—and the rules they modified— finalized by EPA and HHS, the two agencies that finalized the most economically significant EO 13771 rules through fiscal year 2019. GAO compared analyses to selected best practices in GAO's Assessment Methodology for Economic Analysis .

GAO recommends that CMS take steps to ensure its future regulatory analyses are consistent with best practices for analyzing alternatives, assessing important effects, and providing transparency. EPA said it appreciated GAO's findings. HHS generally agreed with the report, and CMS agreed with the recommendation directed to it.