The Department of Homeland Security can designate planned events as "special events" to bolster security and improve coordination with government entities.

There were reported efforts to organize protests in Washington leading up to the January 6th attack on the Capitol. The events of January 6th included a planned rally on the Ellipse and a joint session of Congress to certify election results.

DHS did not receive requests to designate these events, and key stakeholders cited confusion over the process.

Our recommendations are to help DHS improve its process for "special event" designations.

This is part of our ongoing work related to the attack. 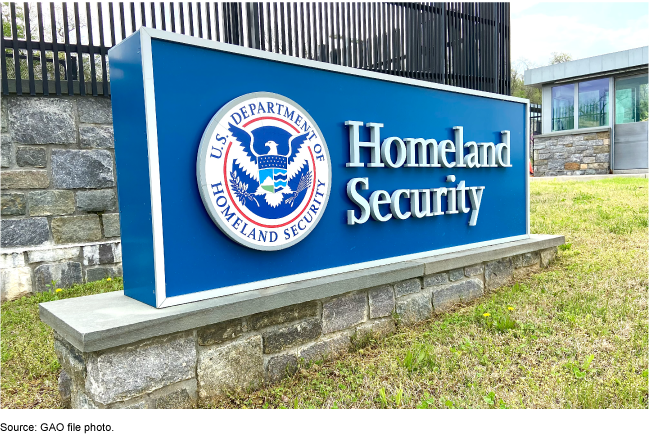 The Department of Homeland Security (DHS) has specific designations available for planned special events that bolster security-planning processes and coordination between federal, state, and local entities. For example, these designations enhance coordination of protective anti-terrorism measures and counterterrorism assets, and restrict access. These designations include the National Special Security Event (NSSE) and the Special Event Assessment Rating (SEAR). These designations were not assigned to the events occurring on January 6, 2021.

The events of January 6 included 1) a non-permitted protest at the U.S. Capitol, 2) a scheduled Presidential rally at the Ellipse, and 3) a joint session of Congress to certify the 2020 election results. If requested, the Presidential rally and joint session of Congress could have been considered for a designation as an NSSE or SEAR because, for example, they were large events with Presidential or Vice Presidential attendance. However, according to DHS officials, the non-permitted incident at the U.S. Capitol was not consistent with factors currently used for NSSE and SEAR designations. This non-permitted incident was not designated, even though there were other indications, such as social media posts, that additional security may have been needed at the Capitol Complex on January 6. While DHS has developed factors for designating an event an NSSE, it is not clear whether they are adaptable to the current environment of emerging threats. Being able to be dynamic and responsive to change would enable federal entities to implement better security planning.

Further, although Secret Service officials stated that a request from the local government in Washington, D.C. would typically initiate consideration for an NSSE designation, D.C. Homeland Security and Emergency Management Agency officials indicated that they did not think the District Government had the authority to request an NSSE designation for an event on federal property. Updating and communicating its policy for requesting an NSSE designation will help DHS ensure that relevant agencies are aware of, and understand, the process for requesting such event designations and may help to better secure the Capitol Complex and other federal properties in the future.

The attack on the U.S. Capitol on January 6, 2021 resulted in assaults on approximately 140 police officers, and about $1.5 million in damages, according to information from the Department of Justice and the U.S. Capitol Police. In addition, the events of the day led to at least seven deaths. Questions have been raised about the extent to which necessary steps were taken to adequately secure the Capitol Complex, and share intelligence information.

We have a body of work underway that examines the preparation, coordination, and response on January 6, that we will begin issuing over the next several months. GAO was asked to review, among other things, coordination between federal and local entities for security and emergency support for events at the U.S. Capitol and surrounding areas on January 6, 2021. Specifically, this report examines the extent to which federal, state, and local government entities requested a special event designation for the planned events of January 6, 2021 to include: (1) the definition of an NSSE and its designation process; (2) the definition of SEAR and its designation process; (3) the characteristics of past NSSE and SEAR events; (4) the applicability of NSSE and SEAR designations to the events of January 6 and the extent to which they were considered; and, (5) why NSSE and SEAR designations were not considered for the events of January 6.

The report distributed the morning of August 9, 2021, did not include the Department of Homeland Security’s written comments on GAO’s draft report and GAO’s disposition of those comments. This corrected file contains these pages.
Skip to Recommendations

GAO recommends that DHS should consider whether additional factors are needed for designating NSSE events, and that DHS should update its policy to clarify and communicate the process for requesting an NSSE designation for an event held on federal property in Washington, D.C.