The U.S. Coast Guard has several missions, including "defense readiness"—maintaining the training and capability to integrate with DOD's forces when needed.

The defense readiness mission accounted for a small portion of Coast Guard vessel and aircraft deployments and associated expenses from FY 2011 through 2020. But the Coast Guard also supports DOD when deploying for its other missions, such as drug interdiction, polar ice operations, and coastal security.

In the period of FY 2011 through 2020, appropriations for Coast Guard operations remained flat—with those for defense-related activities declining about 20% (adjusted for inflation). 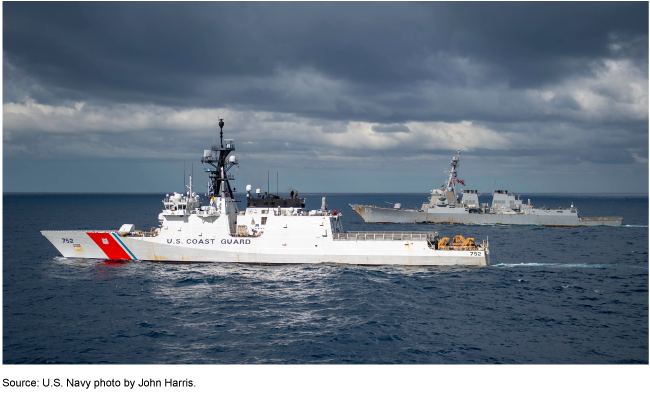 One of the six armed forces, the U.S. Coast Guard is a multimission maritime military service within the Department of Homeland Security (DHS). It is responsible for implementing 11 statutory missions. One mission—Defense Readiness—requires the Coast Guard to maintain the training and capability needed to integrate with DOD forces.

The National Defense Authorization Act of 2021 included a provision for GAO to review the allocation of resources by the Coast Guard to support its Defense Readiness mission.

This report examines how the Coast Guard's deployment of vessels and aircraft and associated operating expenses for its Defense Readiness mission compare with those for its other statutory missions for fiscal years 2011 through 2020 and how they relate to its funding for these years. 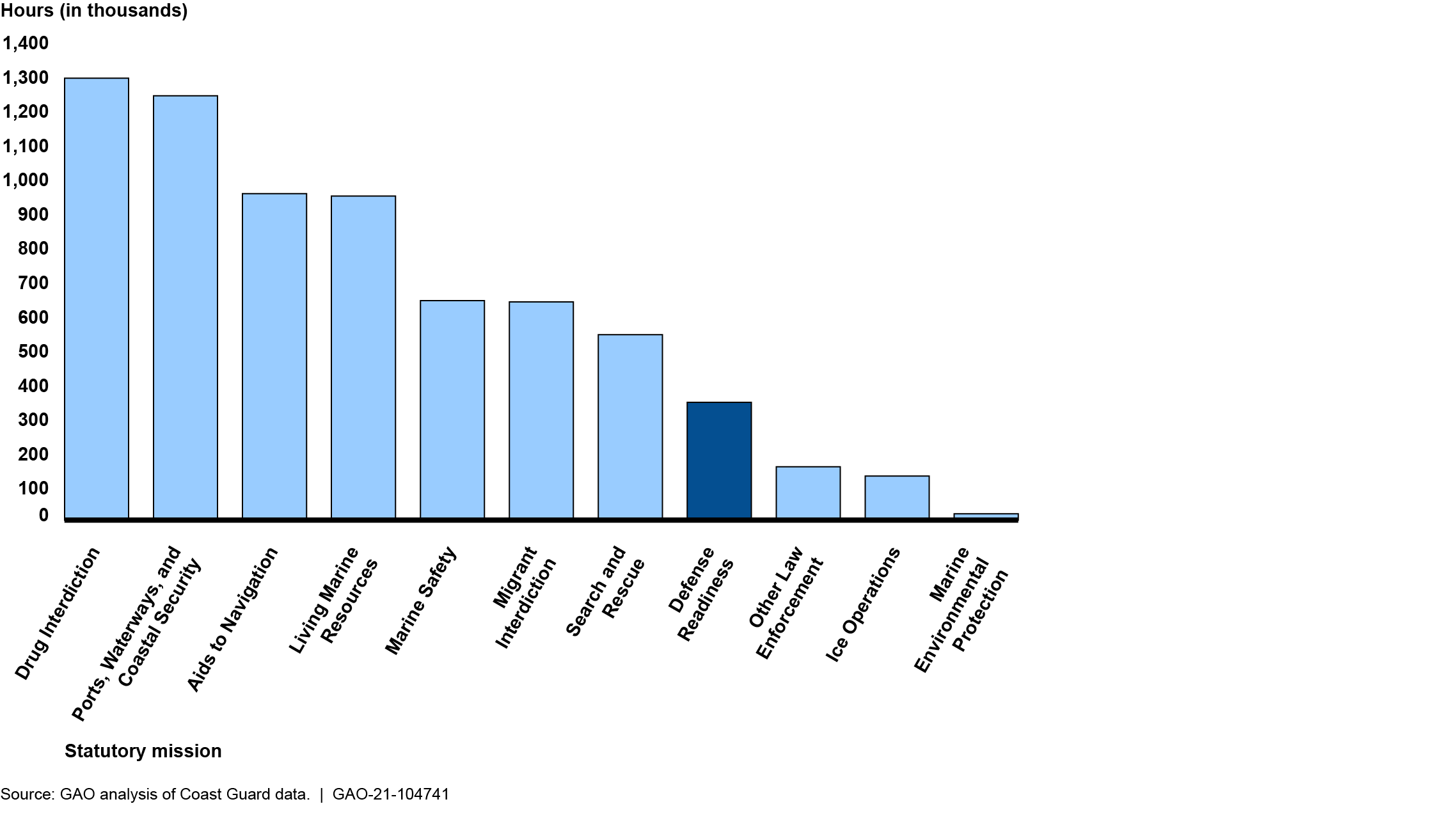 Note: Operational hours include the use of aircraft, cutters, and boats for the Coast Guard’s 11 statutory missions. They do not include the time personnel may spend on missions without using vessels or aircraft. We do not include hours expended for support activities, such as training and technology tests.