We recommended that DOD develop a plan to coordinate and guide how these studies and recommendations for future systems will be implemented. 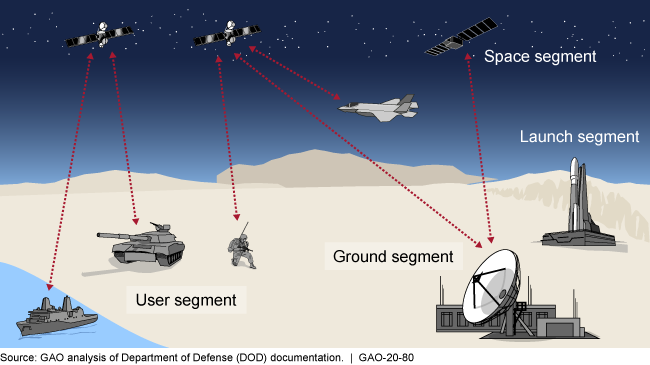 DOD used multiple methods to obtain stakeholder input, in accordance with its Wideband AOA study plan. For example, the study team incorporated input from across the military services and operational users, among others. Moreover, the Air Force and Defense Information Systems Agency conducted interrelated studies to provide additional information to the Wideband study team.

DOD's analysis concluded that integrating military and commercial systems into a hybrid architecture would be more cost effective and capable than either acquisition approach alone. However, DOD also found that it needs more information to select its next satellite communications architecture and made recommendations for further study. Examples of these recommendations include:

Develop an enterprise satellite communications terminal strategy – DOD found the magnitude of replacing user terminals to work with new systems was challenging and that more information on emerging technology and possible changes to terminal acquisition approaches would help DOD address this challenge.

Such recommendations align with GAO's acquisition best practices for knowledge-based decision-making and have the potential to improve the department's satellite communications acquisitions. However, DOD stakeholders said there is no formal plan to guide and coordinate implementation of the AOA recommendations. Without such a plan, DOD is at increased risk of not having the information it needs to make timely, knowledge-based decisions on future systems to provide critical communications for military operations.

DOD officials estimate spending an average of $4 billion each year to acquire and sustain wideband satellite communications that provide fast and reliable voice, video, and data transmissions critical to military operations. DOD is considering how to meet its future wideband needs across many different operating environments and scenarios. The National Defense Authorization Act for Fiscal Year 2016 required DOD to conduct a Wideband Communications Services AOA to identify ways to replace current systems as the satellites reach the end of their service lives.

The National Defense Authorization Act for Fiscal Year 2017 contained a provision for GAO to assess DOD's analysis. This report addresses (1) whether the Wideband AOA was comprehensive, (2) how DOD solicited input from stakeholders, and (3) the conclusions DOD reached through the Wideband AOA.

GAO reviewed the Wideband AOA along with DOD policies, documentation, and analyses; interviewed DOD officials and commercial stakeholders; and assessed the AOA against best practices for a comprehensive AOA process.

GAO is recommending that DOD develop a plan to guide implementation of the Wideband AOA recommendations. DOD provided technical comments on a draft of this report, which GAO incorporated as appropriate.